Could China Save the Most Vital Part of Russia's Aircraft Carrier Program? 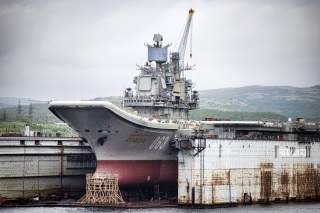 With Russia’s sole remaining aircraft carrier Admiral Kuznetsov entering into dry dock for an extend period of repairs and overhaul this year, Moscow’s naval aviators will not have a vessel available to train onboard.

Naval aviation—especially the art of landing on a real carrier at sea—is a perishable skill, which the Russian Navy might lose if it does not find an alternative ship to train onboard until 2021 or 2022 when Kuznetsov is officially expected to return to the fleet. The Kremlin hopes that shore-based training at the Ground-Based Test-Training Aviation Complex (NITKA), which is located in Novofedorovka on the Crimean peninsula, will help to retain the skills of their naval aviators. However, the Russians seem to be aware that such training is no substitute for being onboard a real carrier at sea.

“If they don't takeoff from an actual aircraft carrier deck even once for another five years—any flying skills of the unique Russian carrier-pilots will crumble to dust, either with the NITKA simulator or without it,” writes Svobodnaya Pressa defense correspondent Vladimir Tuchkov in a recent Russian language column.

Tuchkov, as an experienced defense reporter and expert in his own right, expects that Kuznetsov’s modernization will be inevitably delayed because of the capacity of Russian shipyards to manage such a large project. “That fact is that, even based upon the RF [Russian Federation] Ministry of Defense plans, the repair and modernization of the Admiral Kuznetsov threatens to be drawn out until the middle of the next decade,” Tuchkov wrote. ”Although Murmansk Ship Repair Plant, which is part of the composition of Severodvinsk's ‘Zvezdochka,’ promises to manage it by 2022. But as exemplified by the large number of other repairs of large ships, there we know that the planned dates will nearly certainly be disrupted. And, as the military personnel say, ‘shifted to the right.’”

That means Russia will have to find some alternative way to train its carrier-based naval aviators at sea. The solution, in Tuchkov’s view, is obvious: The Kremlin must reach some sort of an agreement with Beijing that would afford Russian pilots the opportunity to train onboard the People’s Liberation Army Navy carrier Liaoning. Tuchkov points to French Navy Dassault Rafales training onboard the Nimitz-class carrier USS George H.W. Bush (CVN-77) in May during combined exercise Chesapeake 2018 as an example. Because France’s sole carrier Charles De Gaulle is undergoing a maintenance period, the United States allowed French naval aviators to train onboard an American carrier.

Tuchkov’s argument does hold some merit, though it is hard to say how open Beijing would be to such an arrangement. Liaoning was built out of the decaying hulk of Varyag—Kuznetsov’s unfinished sister ship that was left orphaned in Ukraine during the fall of the Soviet Union—and shares much of the same layout of its Russian counterpart. With Russia and China growing ever closer together as Washington puts pressure on both great powers, it is possible that Beijing might be open to such an arrangement. But that is a big open question. 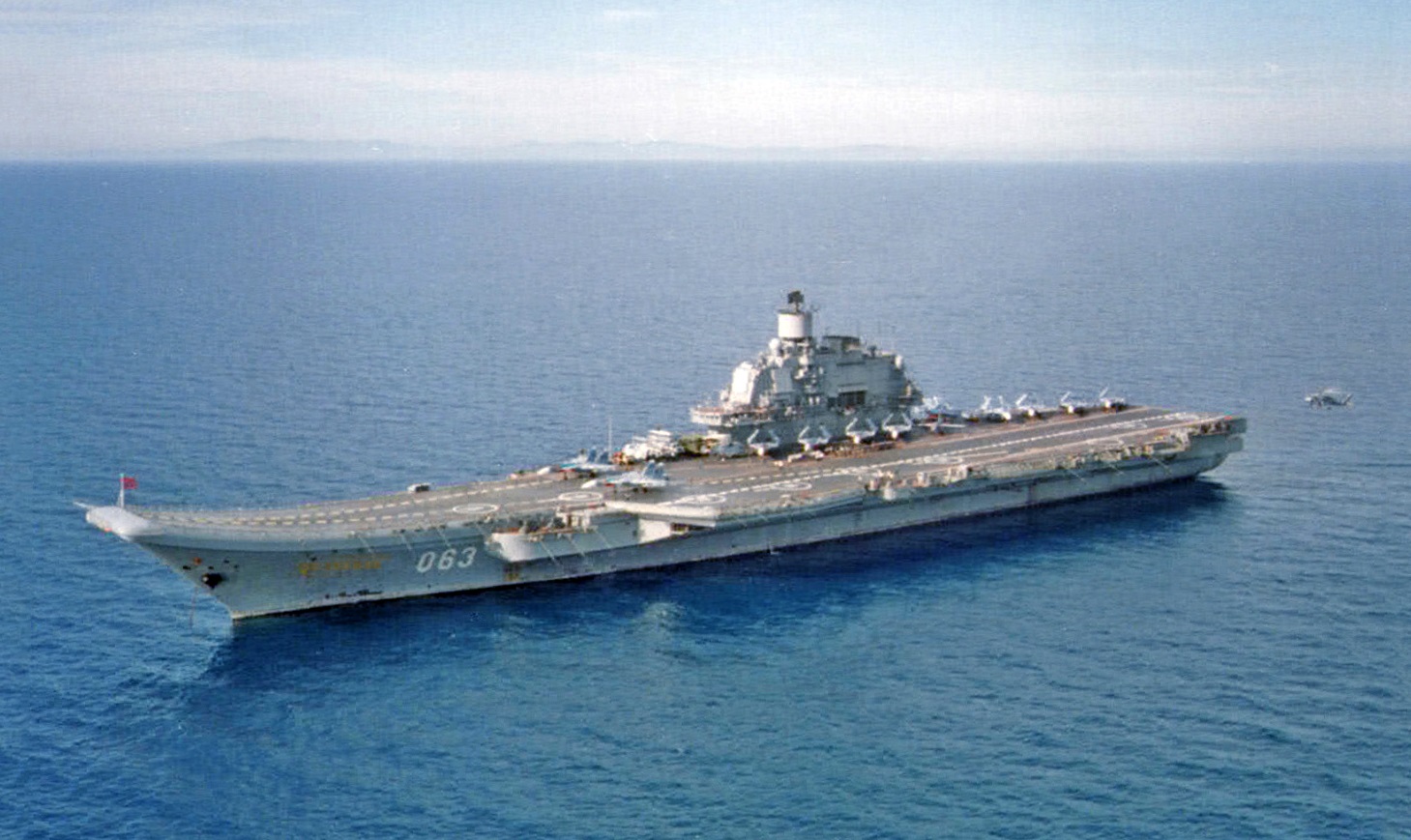 Meanwhile, if such an agreement were concluded, Russia might be able demonstrate the capabilities of the new MiG-29KR to their Chinese counterparts, which could result in generating some additional sales of type. The smaller Fulcrum is far better suited for operations onboard a carrier the size of Kuznetsov or Liaoning than any derivative of the Sukhoi Su-33 Flanker.

“The Liaoning – is the only solution to the Russian problem,” Tuchkov wrote. “The problem is extremely serious, about which one more fact indirectly attests. Pay attention: only 45 men of the entire Northern Fleet Separate Carrier-Based Fighter Aviation Regiment are on temporary assignment to the Crimean complex. Approximately 15 of them are pilots. The rest are staff officers and mechanics. Yes and simply those from the high aviation leadership, who would like to get warm under the Crimean sun.”

The conclusion is obvious, Russian naval aviation is in deep trouble and negotiations with China are perhaps the only way for Moscow to save that capability. Given that Russia and China are drawing closer geopolitically, it is possible that Beijing would entertain the idea of allowing the Kremlin’s naval aviators to train onboard Liaoning. However, such an agreement is still a remote possibility.