Could Coronavirus Be The Death Knell For Medicare? 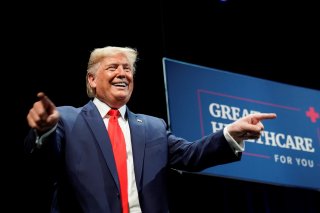 Medicare is facing pressures from the COVID-19 pandemic that threaten the solvency of the program. The annual Medicare trustees report, released this week, does not estimate how the pandemic might affect Medicare. Although it is too early to know when the COVID-19 infection rate will peak or the potential size of a second peak that may come in the fall, it is possible to illustrate the financial impacts on the program based on Medicare’s fiscal performance during the 2008-2010 Great Recession.

The major problem is economic, not clinical. Massive job losses will cut Medicare’s revenue, increasing the risk that the program would be unable to pay all of its bills. Congress could bail out Medicare to avoid a political disaster, but that would not address the program’s long-standing problems. Market-based reforms, rather than a quick fix, are needed to make the program financially viable for the long term.

The 2020 trustees report projects that spending for inpatient services under the Hospital Insurance (HI), or Part A, trust fund would exceed revenue by 2026. The HI trust fund is vulnerable to insolvency because, like Social Security, it is financed mainly by payroll taxes collected from current workers. Rising unemployment results in a loss of revenue for the HI trust fund.

The pandemic and social distancing requirements have sharply increased the number of people who have become unemployed. Initial unemployment insurance claims soared in late March as businesses were forced to lay off their workers. In the week ending March 14, there were 282,000 initial claims filed for unemployment insurance. Claims jumped to 3.3 million the following week, topping out at 6.9 million by March 28. Since then, new claims have declined somewhat but remain at levels that are 10 times larger than seen in the past 50 years.

Although efforts are being made to restore jobs and economic growth, it is likely that unemployment will remain at extremely high levels for the remainder of the year. The HI trust fund likely would become insolvent before 2026. The program would be able to pay part of the cost of HI services provided to enrollees since payroll taxes would continue to be collected, albeit in lower amounts than normal.

Even under more typical circumstances, financial reserves in the HI trust fund fall short of recommended levels. According to this year’s trustees report, HI reserves at the end of 2019 totaled $195 billion, or about 60 percent of annual expenditures. That is well below the trustees’ recommendation that reserves remain above 100 percent of expected annual outgo — a test which has not been met since 2003.

The Supplementary Medical Insurance (SMI) trust fund accounts for spending and revenue for physician and ambulatory services under Part B and prescription drug coverage under Part D. About three-quarters of the cost of both Part B and Part D services is paid through general tax revenue, with most of the remainder coming from beneficiary premiums.

The SMI trust fund does not risk insolvency because general revenues are transferred to the fund as needed. That does not mean SMI faces no significant financial challenges. The trustees estimate that general fund payments to SMI will total $5.3 trillion over the period 2020 to 2029. These are resources that are being diverted from other potential public uses, and they add to the government’s mounting budget deficits.

Although treatment for a seriously ill COVID-19 patient can be very expensive, Medicare spending is unlikely to increase sharply in the near term. Social distancing and patient concerns about possible infection have led to a fall-off in routine medical appointments and elective surgeries. United Healthcare, the nation’s largest insurer, has not seen a surge in costs because of that offsetting reduction in the use of services. However, spending for Medicare and private insurers might rebound after the pandemic becomes controlled.

Payroll tax collections might follow the same pattern during the COVID-19 recession that we are now entering. If so, revenues would drop by about $175 billion between 2020 and 2023. The HI trust fund would be depleted in 2023 — three years earlier than projected by the trustees under more typical conditions.

The situation may be worse, depending on how quickly the economy improves and workers go back to their jobs. Labor market conditions have deteriorated very quickly, which may mean a larger reduction of payroll tax revenues this year than seen in 2009 and 2010.

Even if the HI trust fund runs short of funds, beneficiaries would remain entitled to covered services. However, Medicare would only be able to pay a portion of those costs to avoid spending beyond available funds. Although the program would owe the balance to hospitals and other providers, lower payments might force some to close or limit access to services.

Congress and the administration would almost certainly take action to avoid the political and health care consequences of insolvency. Policymakers might be tempted to change trust fund accounting to avoid taking more difficult actions to improve Medicare financing. The Balanced Budget Act of 1997 reclassified some home health services from HI to SMI, shifting the insolvency date from 2001 to 2008. Alternatively, legislation might provide HI with direct general fund support. These changes would paper over the problem rather than solving it.

A better approach would address Medicare’s long-standing financing problems head on, making structural changes to improve the program’s efficiency and lower its long-term costs. The focus should not be on HI obligations alone but on the total cost of providing high-quality care to program enrollees

The surest route to improving Medicare’s value to beneficiaries and taxpayers is through market-oriented reforms. Increased provider competition, transparent prices, and better options for consumers are key elements of such reforms. Additional revenue sources that can be dedicated to the Medicare trust funds may also be necessary as the population ages.

For now, Congress and the administration are right to focus on limiting the severity of the public health emergency and economic downturn. The less-immediate impacts of this crisis, including the impending insolvency of Medicare, will also have to be addressed. The current crisis presents an opportunity to take long overdue steps to strengthen the program and ensure its viability for current and future beneficiaries.