Could Europe’s INSTEX Help Save the Iran Nuclear Deal? 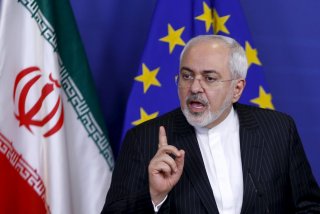 When the United States withdrew from the Iran nuclear deal in 2018, the United Kingdom and European Union established the Instrument in Support of Trade Exchanges (INSTEX) to continue humanitarian trade with Iran. Currently, INSTEX barely functions as intended by its creators. The Biden administration should empower INSTEX and use it as a confidence-building measure tool as they enter negotiations for reentering the Iran nuclear deal, officially the Joint Comprehensive Plan of Action or JCPOA.

The European Union intended for INSTEX to facilitate humanitarian trade with Iran without relying on the Society for Worldwide Interbank Telecommunications Finance (SWIFT) network or the United States dollar. The SWIFT network is the largest cross-border messaging system banks use to send and receive payment orders. The United States and European Union first used SWIFT as part of their counterproliferation sanctions in 2012 when they pressured SWIFT to disconnect several Iranian banks from its network. As a result, when the Iran nuclear deal was implemented in 2016, they allowed SWIFT to reconnect the banks.

When the United States withdrew from the deal under President Donald Trump, it pressured SWIFT into disconnecting Iranian banks again. In response, the European Union decided to establish INSTEX as an alternative channel to SWIFT instead of challenging the Trump administration. The European Union hoped that INSTEX could preserve Iran’s commitment to the nuclear deal despite the United States’ withdrawal.

U.S. sanctions on Iran dissuaded most foreign banks and corporations from conducting any business with it, unintentionally causing food and medical supply shortages in Iran. The products most chronically in short supply in Iran include specialized medicines treating diseases like leukemia, epidermolysis bullosa, epilepsy, among others. Given the European Union’s continued commercial interest in Iran, creating INSTEX ensures the European Union’s continued trade with Iran while mitigating inadvertent humanitarian ripple effects.

INSTEX was not designed to be a competitor to SWIFT. Instead, INSTEX is a barter system operating without cross-border payments. For example, if a European company exported medical equipment, the equipment manufacturer would receive the fee from another European firm that imported Iranian products. The same dynamic would occur in Iran’s own Special Trade and Finance Instrument (STFI). Therefore, money would only be transferred within each country instead of between them.

Nonetheless, INSTEX’s performance so far is lacking, both for the little support it has and in its own functioning. Since its establishment on January 31, 2019, the United Kingdom, France, and Germany remain its only stakeholders even though Russia and more European states declared their interest in joining INSTEX. In the case of the former, Russia seemed more interested in INSTEX more because of its existing support for Iran than any interest in cooperation with the European Union.

Additionally, INSTEX’s impact on European trade with Iran is so far negligible; the instrument only conducted its first transaction in March 2020 to provide Iran with medical aid against the COVID-19 pandemic. To ensure compliance with U.S. sanctions, European exports to Iran are restricted to medical equipment and food. Accordingly, even though oil production is the largest economic sector in Iran, the European Union refuses to import oil because the United States targets Iranian oil exports.

Given the incoming Biden administration’s openness to reviving the Iran nuclear deal, INSTEX could become a platform for confidence-building measures between the deal’s parties. Although Biden emphasized that the United States’ return to the deal would be conditional upon Iran’s full compliance, Iran’s President Hasan Rouhani and Supreme Leader Ali Khamenei have both similarly expressed interest in continuing implementation of the deal again, which could be a starting point for negotiations.

As INSTEX was designed to enable greater humanitarian trade with Iran without violating the United States’ sanctions, the Biden administration could encourage more European Union member countries (and possibly even Russia too) to commit to INSTEX during negotiations as part of a series of confidence-building measures. Considering the current pandemic situation, increasing medical equipment exports via INSTEX would be a good start. The Biden administration could further engage with the INSTEX member countries on planning sanctions relief on Iran, thereby increasing INSTEX’s effectiveness by giving it more room to operate. The shipment of specialized medicines to Iran would be another suitable platform for increased Transatlantic cooperation.

Francis Shin is a Master's student in International Affairs at the Graduate Institute of International and Development Studies in Geneva. In 2020 he served as the Joseph S. Nye Jr. research intern in the Energy, Economics, and Security Program at the Center for a New American Security (CNAS).