Could Iran Wage a Cyber War? 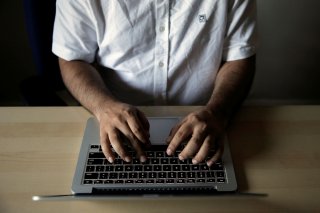 Over the past month, Israel and Iran have continued to trade jabs in cyberspace, and what is worrisome is that it appears Iran has seriously upped its cyber game. Iran—or at least what is believed to be Iran—has conducted attacks that are were aimed to do actual damage to infrastructure, but so far the attacks haven’t result in irreversible damage.

Iran's Naval capabilities remain largely insignificant compared to the United States, and as the National Interest has previously reported, its army is still largely a paper tiger, yet cyber remains one area where the battle/playing field is far more level.

“Although Iran’s cyber capabilities are little more than a decade old, they have quickly evolved and today are able to conduct advanced cyber espionage and disruptive attacks against both internal and external opponents,” explained Sal Aurigemma, University of Tulsa associate professor of computer information systems.

“In comparison to nation-states with the most sophisticated and mature capabilities—such as China, Russia, United States, Britain, Israel—Iran's offensive and defensive cyber capabilities could be considered disorganized and modestly funded,” Aurigemma told The National Interest.

In that regard, the cyber program may not be much better than Iran’s Navy—but the Islamic Republic could be far more successful in waging a cyber attack than a physical military attack.

“Despite Iran being largely considered a second-tier cyber operator, the general lack of preparedness of targets inside and outside Iran have resulted in numerous offensive successes, proving the value in further cyber capabilities development,” said Aurigemma. “Years of constant engagement with the United States, Israel, and Saudi Arabia has given Iran the experience to integrate cyber operations into larger military tactical and strategic planning.”

One of the great dangers of cyber is that it is very much a force multiplier today— meaning that it can give a small or rogue state the capability to strike against a larger adversary. While Iran could never hope to wage an actual war against the United States, cyber could be a way for it to engage in what could be the proxy wars of the twenty-first century—where the conflicts are waged in cyberspace.

And even if Iran lacks the potential to wage such attacks today, it will likely get aid from Russia and even China.

“It is a pretty closed world there, so while we're confident that professionals in the U.S. know a fair amount about Iran's cyber capabilities, anyone with deep insights probably isn't free to speak about them in the open,” warned Jim Purtilo, associate professor of computer science at the University of Maryland.

“Published news stories make clear that Iran is focused on offensive capabilities, which they try to deploy from time to time,” Purtilo told the National Interest. “The fact that we know about them from news stories means they were not particularly successful. Iran would not fare well using conventional arms against a world power, so it makes sense that they would develop cyber capabilities in order to wage asymmetric warfare.”

However, what is known is that offensive cyber operations have become a core tool of modern Iranian statecraft, suggested Aurigemma. “It should not be surprising, given the growing number of nations with offensive cyber capabilities, that espionage and information gathering through cyber operations increasingly become accepted as an international norm.”

The difficulties of cyber attribution further allows Iran to gather information and retaliate against perceived enemies at home and abroad without the risk of the predictable consequences of a conventional military attack, added Aurigemma. “It is expected that Iran will continue to run cyber operations campaigns aimed at espionage as well as to gather information on possible future government, industrial, and commercial targets.”

What is especially worrisome is that such a conflict could get out of hand quickly.

“Additionally, reports indicate that the same Iranian cyber actors responsible for attacks and espionage against other governments and the private sector also conduct civil surveillance,” said Aurigemma. “Past events, such as the Green Movement from 2009 through the 2019 fuel-price protests, have demonstrated to the Iranian government that the Internet can be used as an instrument to rapidly spread disruptive and anti-regime information outside of the monopolistic state-run news media.”