Could Iranian Missiles Be Soon Headed To Venezuela? 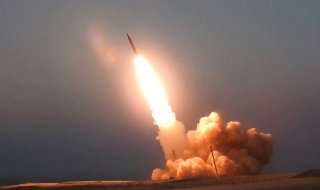 Venezuelan President Nicolás Maduro’s recent declaration of interest in obtaining Iranian missiles alarmed many of the country’s neighbors and raised questions over the likelihood of this acquisition. On the one hand, there is some plausible reason to believe that this transaction may not go through. Iran-Venezuela military cooperation is not as credible as the two countries claim, with a continuous pattern of declarations and agreements but very little evidence of actual fulfillment. For example, Iran declared in 2018 that it would dispatch a stealth cruiser to Venezuela as part of an expeditionary mission, but this deployment never materialized. On top of this inconsistency, tight U.S. maximum pressure campaigns against both countries could also prevent the delivery of Iranian missiles to the Western Hemisphere.

On the other hand, it would be unreasonable to completely rule out an attempt by Iran to export its missiles to Venezuela. The recent shipments of Iranian oil to the country and the transfer of Venezuelan gold to Tehran via Iranian airliners demonstrate the Islamic Republic’s fervent commitment to its partner despite U.S. sanctions and geographic distance. The expiration of a UN arms embargo on Iran in October could remove a major obstacle to the country’s plans to export missiles to Venezuela. While the United States recently re-imposed UN sanctions to try to extend the embargo, the lack of broad international support for these measures may encourage Tehran to proceed with sales once the embargo reaches its official expiration date. Iran would be tempted to exploit an opportunity to pressure the United States with its missiles and counter what it perceives to be strategic encirclement by Washington and its partners in the Persian Gulf region.

Regardless of whether Venezuela and Iran follow through with this transaction, it would be useful to consider the implications of an Iranian missile deployment in the Western Hemisphere.

While there are reasons for concern related to interstate tensions and weapons proliferation, there is also a broader rationale for concern when it comes to U.S. global defense strategy.

First, the deployment of these missiles could generate alarm and further tensions between Venezuela and its neighbors, with relations already at their lowest due to regional opposition to the Maduro regime. The Venezuelan military has previously carried out military exercises along the country’s border with Colombia to simulate a defense against an invasion. However, such maneuvers have antagonized Colombia, which has had to place its own forces on high alert in response. These exercises have taken place in the midst of Maduro’s frequent accusations that neighbors such as Colombia actively seek to topple the Bolivarian regime in Venezuela. New Iranian missiles in Venezuela could embolden Maduro to be more vocal in his bellicose rhetoric and stage additional exercises with full confidence in the protection that these assets provide the regime. These moves could further increase the insecurity of Venezuela’s neighbors and lead to further regional military or diplomatic standoffs.

Second, Venezuela’s acceptance of Iranian missiles would inevitably invite Iranian technicians, engineers, and military personnel to come to the country to set up these weapons. These personnel could further entrench Iran’s presence in the Western Hemisphere and enable the Islamic Republic to gather intelligence and monitor U.S activities in the region. A successful Iranian establishment of missile platforms in Venezuela could also embolden the two rogue states to pursue other possible arms transactions and boost confidence in their ability to defy U.S. sanctions.

Third, as an unstable country with large weapons stockpiles and violent transnational guerrilla and criminal groups, Venezuela could become a hub of missile proliferation if these weapons fall into the hands of armed factions such as the National Liberation Army (ELN). The Maduro regime has reportedly distributed Russian-manufactured weapons to such groups due to the close partnerships between the government and these guerrillas. This pattern of cooperation suggests that these various paramilitary groups could also acquire these missiles either due to the regime’s own negligence or a deliberate transfer of weaponry. The unpredictability of these armed groups indicates that they could either try to leverage such weapons to blackmail state opponents in neighboring countries or even sell them to other interested clients, creating a proliferation nightmare for the United States and its allies.

Finally, it is important to note that whether Iran or Venezuela actually go through with this transaction or not, the mere contemplation of this possibility points to a strategic distraction that may divert U.S. attention from other important theaters. If Tehran exported missiles to the Maduro regime, this sale could cause U.S. Southern Command to request additional resources, such as unmanned aerial platforms, missile interceptors, and destroyers, that this command would not need under normal circumstances. These requests could take away from other theaters that need such critical assets at a time when the United States is engaged in strategic competition with Russia and China in other parts of the globe. In addition, Washington would also have to invest more diplomatic resources and energy to reassure partners in Latin America against this possible threat to alleviate panic and tension. With Washington hard-pressed to uphold defense commitments throughout the world, an Iranian missile sale to Venezuela would add an unnecessary item to an already-growing list of defense concerns. However, this thought exercise points to an important need for the United States to balance its strategic priorities while minimizing distractions close to home from rogue actors like Venezuela and Iran.

Josh Chang is a research assistant at the Center for Strategic and Budgetary Assessments (CSBA) and a master’s candidate at Georgetown University’s Security Studies Program. He is Associate Editor for the Americas at the Georgetown Security Studies Review and has frequently published pieces on Latin American security issues, focusing on the role of transnational threats and extraterritorial actors in the region.