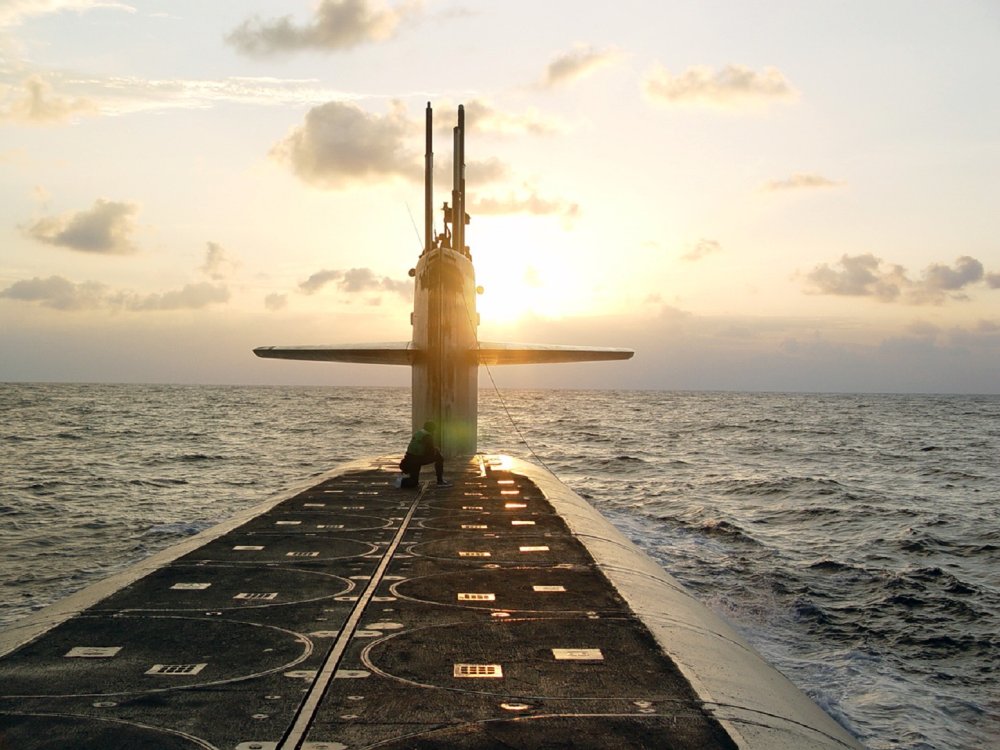 Could a low-yield Submarine Launched Ballistic Missile help stop a Russian-launched first nuclear strike by ensuring a proportional response and holding enemy targets at risk of a precise, tailored nuclear attack? Conversely, could a newly emerging low-yield nuclear weapon lower the threshold to a dangerous limited or large scale nuclear war? Could potential adversaries mistake a conventional cruise missile for a nuclear weapon -- and therefore launch a nuclear weapon?

These questions are at the heart of a debate now raging through Congress between lawmakers who wish to stop the deployment of these weapons and those who believe they are critical to the US deterrence posture.

Some members of Congress are proposing legislation aimed at curtailing or even preventing the deployment of such weapons, prompting a strong response from advocates. Rep Mike Turner, R-Ohio. Turner’s recently published OPED in the Wall Street Journal specifies the argument in favor of the weapons as fundamental to US efforts to keep the peace.

"Russia has openly described, and rehearsed in military exercises, a military doctrine of “escalate to de-escalate.” Under this strategy, Russia would attack using smaller nuclear weapons, understanding that the U.S. would hesitate to respond without a way to act proportionally. This doctrine has led Moscow to think it has an advantage, and appears to have lowered its threshold for first use of nuclear weapons,” Turner writes.

Turner further makes the argument that the newly introduced low-yield weapons are scheduled to be deployed before this year’s defense bill becomes effective …. “meaning that this provision would pre-emptively recall the weapons from deployment.

Detractors, such as HASC Chairman Rep. Adam Smith, D-Wash., express concern that the new weapon could inspire a new arms race and, perhaps of greater concern, lower the threshold to nuclear war. Smaller, more precise nuclear weapons, the thinking goes, could make some enemies more likely to consider a first strike. Finally, those opposed to the weapon maintain that its deployment could lead potential enemies to mistake an incoming conventional attack as a nuclear one - therefore prompting a nuclear response.

Pentagon officials have told Warrior that early draft plans for the weapon are already underway as weapons developers take the next step in developing the weapon.

Many of the particular technical configurations are still to be determined, however the Pentagon planners have outlined an initial sketch of what these weapons might include, Hans Kristensen, Director of the Nuclear Information Project, Federation of American Scientists, told Warrior Maven in an interview earlier this year.

Low-yield is as it sounds - smaller, more surgical and less destructive than most nuclear weapons.

Development of the weapon can happen quickly, because it could involve re-configuring the existing Trident II D5 to carry a lower-yield warhead, Kristensen said.

This low-yield nuclear missile option does appear to add something not currently present in the US arsenal. While the emerging B-21 will be configured to fire lower-yield, more precise B61 Mod 12 weapons, a sub launched nuclear weapon bring newer avenues of attack and long-range strike without having to be over or near heavily defended areas from the air. The newer B61 Mod 12, Kristensen said, will bring even greater levels of precision than other lower-yield weapons.

The other proposed nuclear weapons application, according to those identified by the NPR, is a shorter-range sea-launched cruise missile. Nuclear cruise missile options, potentially fired from a submarine or ship, can bring even more precision, Kristensen said.

A sea launched cruise missile could include a handful of possibilities. The Pentagon previously had a nuclear armed Tomahawk missile, which was retired in 2011

Russia’s belief that limited nuclear first use, potentially including low-yield weapons, can provide such an advantage is based, in part, on Moscow’s perception that its greater number and variety of non-strategic nuclear systems provide a coercive advantage in crises and at lower levels of conflict. Recent Russian statements on this evolving nuclear weapons doctrine appear to lower the threshold for Moscow’s first-use of nuclear weapons.