Could the Marine Corps Kill Ships With Rockets? Maybe—If the F-35 Helps 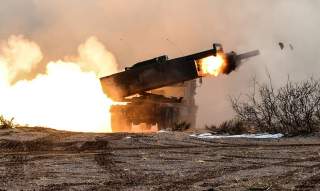 Key Point: The Marines are considering adding an anti-ship missile to the HIMARS. It would need targeting data, but the F-35 can deliver.