Could Mexico's Version of the Marine Corps Crush the Cartels? 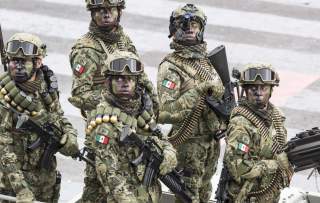