Could Pelosi’s Visit Spark the Next Taiwan Strait Crisis? 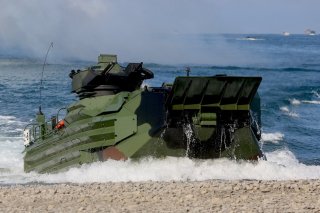 In 1995, a crisis emerged over Taiwan when Taiwan’s then-President Lee Teng-hui received a visa to visit his alma mater at Cornell University. Three years prior, in 1992, China had responded with an unabated diplomatic flurry when the United States approved the sale of 150 F-16 fighter aircraft to Taiwan and contended that it was a violation of the 1982 communique between China and the United States on arms sale to Taiwan. This encouraged some security experts to believe that it was not a routine practice to grant Lee a visa but a continuation of Washington’s pro-Taiwan policy. At that time, China sought to coerce the United States diplomatically and militarily, but the latter was undeterred and responded by demonstrating its military might in Asia and the Taiwan Strait.

Twenty-seven years later, U.S. speaker of the House of Representatives Nancy Pelosi’s intention to visit Taiwan is likely to cause a new round of escalation in the Taiwan Strait. Pelosi has touted this visit as critical to showing support for Taiwan in an environment characterized by Chinese aggression. In contrast, Chinese Foreign Ministry spokesperson Zhao Lijian believes that the visit would violate the United States adherence to the “One China Principle” and would injure China’s “sovereignty and territorial integrity.”

The entire Indo-Pacific security community is wondering how China will respond this time. China has become far more powerful since the 1990s; it is rapidly modernizing its army, has the largest navy in the world, and controls robust rocket and missile forces. China is also developing its Anti Access/Area Denial strategy (A2/AD) to prevent the United States from coming to Taiwan’s defense if a crisis occurs. While many observers are expecting China to display its displeasure with a military response, Beijing is already pressuring Taiwan’s democratically elected, pro-independence government to accept China’s claim over the island. At this juncture, as Xi Jinping is preparing to start his third term as president of the People’s Republic of China, the visit may disrupt his plans. Much like before, China has been pressing the White House to intervene against Congress’ actions to support Taiwan.

It is quite possible that China might seek to militarily coerce Taiwan and use the opportunity to demonstrate the might of its newly modernized armed forces. The most serious Chinese response might take the form of military exercise, where missiles will be tested, and the People’s Liberation Army Air Force violates Taiwan’s Air Defense Identification Zone. However, these activities are common in Taiwan strait and it will not impact the status quo. Therefore, if China correctly calculates its actions, it will not overly escalate tensions in the strait and lead to a direct confrontation with the United States. Chinese military planners are well aware that the U.S. military is still the most powerful force in the world, particularly in East Asia, and that their country’s A2/AD systems will not mature until 2040. When considering that today’s military balance in East Asia does not favor China and that Taiwan is well-equipped to defend itself, China knows that it lacks the capability to perform a successful amphibious operation across the Taiwan Strait.

Russia’s war in Ukraine has also complicated Beijing’s dilemma. The United States is not likely to accept the further erosion of its credibility; U.S. forces will be ready to defend their ally as they did during the 1995 Taiwan Strait crisis, likely in concert with America’s Northeast Asian regional allies. Consequently, the best strategy for Beijing is to bide its time—an immature attempt might be fatal for its ambitions.

On the other side, the United States would be well served to generate diplomatic support from India, Australia, and Japan to pressure China against overreacting to Pelosi’s visit. This will help the United States maintain its strategic ambiguity over Taiwan, discouraging the island nation from declaring independence. Fortunately, it is in the interests of China, the United States, and Taiwan to not let escalatory actions by any one side result in a catastrophic crisis.

Gaurav Sen is a research associate at the Centre for Airpower Studies, New Delhi, and a Ph.D. scholar at Jawaharlal Nehru University, New Delhi. His research interest includes security in the Indo-Pacific region and China’s Military.