Could This Russian Stealth Fighter Shoot Down an F-35? 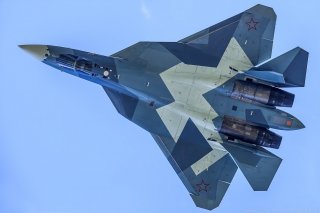