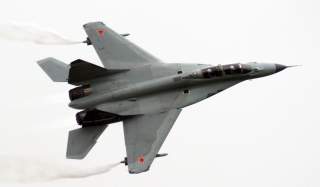 Key Point: The MiG is capable but unlikely to revolutionize Russia's air force.