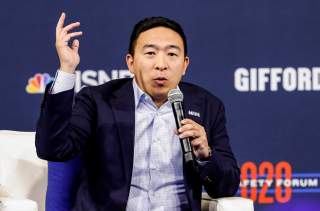 Want to help low-income families rise out of poverty?  Connect key welfare benefits with work and “make work pay” by offering subsidies for those who get a job. That’s basically been the anti-poverty policy consensus on the left and right since welfare reform in the 1990s. And as recent reports have shown, the pro-work strategy worked. When poverty is calculated in terms of what Americans consume (which implicitly captures all the government benefits the “official” poverty measure omits), “consumption poverty” continues to fall to historic lows.

But policymakers never rest, especially when fears of a looming robot apocalypse can be leveraged to create new government programs. That’s behind the latest hot topic in anti-poverty policy — “universal basic income” or UBI. UBI forms the heart of outsider democrat Andrew Yang’s presidential campaign, and Marianne Williamson recently jumped on board the UBI bandwagon as well. With them outpolling several DC insiders, expect more focus on UBI ahead.

Here’s how Yang says his UBI (what he calls a “freedom dividend”) would work: “Every U.S. citizen over the age of 18 would receive $1,000 a month, regardless of income or employment status, free and clear and no jumping through hoops. Yes, this means you and everyone you know would receive a check for $1,000 a month every month starting in January 2021.”

In sum, payments would flow to everyone (the “universal” part), and they would be sufficient to cover basic needs (the “basic income” part). That distinguishes UBI from the current welfare system that includes over 80 programs providing cash, food, housing, energy, child care, health, and other benefits, all with their own rules. In Yang’s plan, recipients of welfare benefits could keep those benefits or get the new $1,000 monthly checks. People not on welfare would start getting $1,000 monthly checks.

To be fair, Yang maintains his UBI is about much more than alleviating poverty, enabling “all Americans to pay their bills, educate themselves, start businesses, be more creative, stay healthy, relocate for work, spend time with children” and more. That brings to mind Nancy Pelosi’s famous defense of the Affordable Care Act – that it facilitated “liberation” by allowing people to quit their current jobs to become a “photographer or a writer or a musician, whatever.”  The common principle is the more government benefits are offered, the less paid work the recipient has to perform.

Maybe UBI will free everyone to get training and make a dramatic leap up the income ladder. But prior UBI-like programs, such as the Negative Income Tax experiments of the 1970s, resulted in negative effects in terms of work and earnings. More recent trials show neutral to slightly negative impacts on work. But confidence in these experiments is low due to small sample sizes, low external validity, or convoluted designs. Participants also know these free checks are not going to last forever, so quitting a job to pursue “whatever,” to use Pelosi’s term, would make little sense. Yang’s permanent program could displace far more work. At the very least, it begs broad testing before jumping off the UBI cliff.

Another cause for concern is the staggering cost of UBI: giving every US adult $12,000 each year would cost roughly $3 trillion annually, equal to about three quarters of all current federal expenditures. With the federal government already operating trillion-dollar deficits and unable to pay for currently-promised entitlements, that would require tax hikes that spook even normal tax hike advocates: “A UBI that’s financed primarily by tax increases would require the American people to accept a level of taxation that vastly exceeds anything in U.S. history. It’s hard to imagine that such a UBI would advance very far, especially given the tax increases we’ll already need for Social Security, Medicare, infrastructure, and other needs.”

But the universality of UBI is what really sets it apart from past efforts to boost family incomes. Instead of growing refundable tax credits for lower income workers to “make work pay,” or even adding more “near poor” people to the welfare rolls, the new money in UBI heads for people with middle and higher incomes.    That points to the ultimate irony of UBI — it would worsen inequality by shifting federal spending higher up the income ladder. That seems unlikely to become law, or if it somehow did, would not last long as budget cutters target payments to upper income households. Yang suggests it would take a constitutional amendment to curtail his UBI, but Congress could have other ideas. In that case, “universal basic income” could quickly become just “basic income” for the poor — that is, a massive new welfare program that supplants work. Either way, that’s a bad idea that risks more harm than good.

This article by Matt Weidinger first appeared at the American Enterprise Institute.