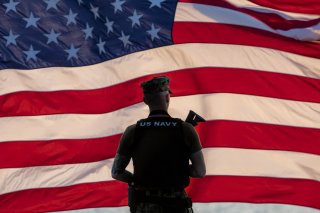 The challenge before sea-service strategists and force designers, then, is to figure out how to disperse a naval force in space while preserving mutual support and coordination among its parts. If the PLA can disrupt mutual support among the U.S. and allied forces—say, by using cyberattacks to interrupt the flow of information and orders among its constituent units or formations—then it will have splintered the force into packets of combat power destructible through Maoist means. This is what PLA officialdom terms “systems-destruction warfare.” Deranging hostile military systems—a fleet, an air wing, an amphibious force, whatever—is intrinsic to the Maoist strategy of “active defense.” And active defense remains the “essence” of CCP military thought, now as since the 1930s, when Mao Zedong first codified the concept for the Red Army. It is in the PLA’s strategic marrow.

So Berger, Chief of Naval Operations Mike Gilday, and their advisers must formulate a concept that manages to combine U.S. Marine and Navy forces, scatter them around on the map, and yet preserve their unity as fighting forces despite physical distance and hostile efforts to fragment and overwhelm them. That’s an unenviable task; but such are the times given us. Long live the counterrevolution!