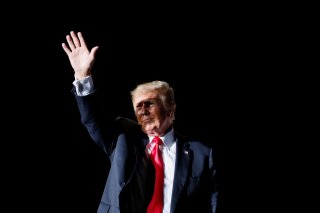 A three-judge panel of the U.S. Circuit Court of Appeals has rejected former President Donald Trump’s efforts to prevent his officials from testifying before the House January 6 Committee, arguing that his legal team had provided “no basis” for his claim.

The three judges argued that there was “a unique legislative need” for White House information related to the day’s events, claiming that “they are directly relevant to the Committee’s inquiry into an attack on the legislative branch and its constitutional role in the peaceful transfer of power.”

The January 6 attack, in which a pro-Trump mob broke into the U.S. Capitol Building and delayed the certification of the 2020 election for President Joe Biden, was described by the judges as a “singular event in this nation’s history.” Although the precise role of the Trump administration is still unclear and is considered vital to the committee’s investigation, the Capitol riot took place immediately after a “Stop the Steal” rally attended by the then-president, at which he recommended the gathered crowd march on the U.S. Capitol building and told them to “fight like hell.”

The judges concluded from these events that there was “sufficient factual predicate for inferring that former President Trump and his advisors played a materially relevant role” in what happened next.

Trump, who has remained at his Florida estate since January, has attempted to prevent the testimony of White House officials by claiming “executive privilege,” a legal doctrine that allows presidents to withhold information in the public interest.

However, the Biden administration explicitly refused to invoke executive privilege on behalf of the defendants subpoenaed by the January 6 Committee, prompting Trump to sue, claiming that former presidents could invoke it as well. The appeals court has effectively ruled that they cannot but has given Trump’s legal team two weeks to appeal the case to the Supreme Court, which it is likely to do. The Supreme Court will take Trump’s case if at least four of the nine Supreme Court justices agree to hear it; otherwise, the current ruling will stand.

The court’s decision comes less than a week after Mark Meadows, Trump’s former chief of staff, indicated his refusal to obey the Committee’s subpoena, opening himself up to prosecution for contempt of Congress.

Meadows, a former North Carolina congressman who chaired the powerful right-wing House Freedom Caucus, is perhaps the Committee’s highest-profile witness. The Committee is also seeking testimony from former Trump officials Kash Patel and Dan Scavino, as well as former White House Chief Strategist Steve Bannon, who has been indicted on criminal charges for his refusal to cooperate.