CRADA of Death: Why the Army Is Preparing to Take War to the Next Level 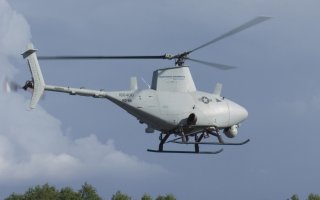 Programmable air-burst fuses, point detonation missiles, fragmenting warheads, and high-speed kinetic energy rounds can have lethal consequences on the battlefield. But these effects rely upon the range, precision accuracy, guidance, and long-range fidelity of sensors and targeting systems.

Hypersonic weapons and advanced air-dropped and air-to-air weapons need to function effectively in a highly contested, high-threat environment where various enemy tactics guidance systems will be jammed, radio frequency signals might be interrupted and communications networks might be rendered ineffective.

Confronting new, emerging, and uniquely modern threats, which are intended to deny access or an ability to attack, is precisely why the Army is investing in fast-track efforts to improve the targeting and sensing of weapons. One of these efforts can be found in a recent technology development deal between the U.S. Army and General Atomics Electromagnetic Systems (GA-EMS) to advance sensing and targeting technologies to a new level.

Army officials and industry experts are working together via a Cooperative Research and Development Agreement (CRADA) to explore the realm of the possible regarding advanced sensing technologies such as infrared seekers, high-resolution electro-optical infrared cameras, and laser detection and ranging system to support long-range precision fires. While many of the details or specifics of the deal are unlikely to be available for security reasons, a GA-EMS press statement notes that it will explore possibilities with precision munitions, hypersonics, lasers, and other kinds of intelligence, surveillance, and reconnaissance technologies.

CRADAs are often multifaceted agreements. They can explore both near-term options suitable for rapid integration as well as some kind of longer-term focused basic-research approaches. Much of the focus of the deal between the Army and GA-EMS will focus on overcoming Anti- Access/Area Denial strategies likely to be employed by technologically sophisticated adversaries. Therefore, this deal will include countering countermeasures and acquiring extremely detailed imaging, and targeting specifics from safer standoff ranges. Additionally, the deal will focus on the Army’s ability to function in a super high threat environment expected to contain electronic warfare attacks, jamming systems, prevent the hacking of global positioning systems, and other kinds of attempted networking intrusions.

Smaller hardware systems equipped with high-speed computer processing and miniaturized high-resolution sensing are made possible by size, weight, and power (SWAP) technology. This technology changes the paradigm for attack because it enables smaller sensors to maintain high levels of power efficiency, range, and image resolution on smaller drones and fixed-wing aircraft. It allows those drones and airplanes to zoom in on an image while operating at safer and higher altitudes. Such technological advances in the realm of sensing, many of which have now been underway for several years, enable drones like the Air Force’s MQ-9 Reaper to gather and process high-fidelity, accurate video images close up to a target while hovering at a safer altitude. General Atomic’s expertise with SWAP could enable an MQ-9 Reaper to fire higher-powered, more precise, and longer-range lasers by virtue of being able to operate with small yet highly powerful sources of transportable electricity. The MQ-9 Reaper has been upgraded with a universal weapons interface to expand the ability of its weapons. This technology could be successfully leveraged against an enemy should the sensing and targeting technologies of the MQ-9 Reaper reach new levels of proficiency.