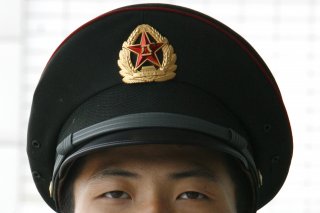 It has become all too familiar, instances wherein the People’s Liberation Army unveils a drone, fighter jet, bomber or even infantry carrier which looks extremely similar in external equivalent to a U.S. platform which emerged years earlier. China’s efforts to rip-off U.S. designs via cyber-espionage is a longstanding concern among U.S. military officials, and the newly created CH-6 Chinese large, high-altitude, high-speed, long-endurance drone appears to be no exception.

The front of the CH-6 looks wider and more rounded than an MQ-9 Reaper, RQ-4 Global Hawk or MQ-4C Triton, yet its described mission functionality sounds nearly identical to the successful U.S. drones.

There is an interesting comparison to be made between the emerging CH-6 and RQ-4 Global Hawk. A Chinese-backed newspaper Global Times cites sensor payload information nearly identical to what a Global Hawk operates with. The CH-6 reportedly flies with EO/IR cameras, Synthetic Aperture Radar, Early Warning Radar and electronic reconnaissance systems, technologies known to exist on RQ-4 Global Hawks and MQ-9 Reapers. Unlike the RQ-4 Global Hawk yet similar to the MQ-9 Reaper, the CH-6 is reportedly armed with air-to-ground missiles, bombs, anti-radiation missiles and even loitering munitions. However, with its upgraded universal weapons interface, the MQ-9 Reaper’s arsenal may be far superior to that of the new CH-6. In recent years, the Air Force has been systematically expanding the MQ-9 Reaper’s weaponry to include a wide selection of precision-guided missiles, air-dropped glide bombs and even the air-to-air AIM-9X Sidewinder.