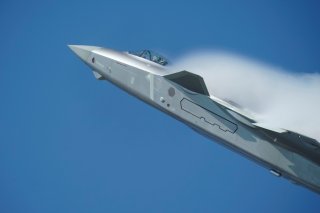 Australia’s Defense Department announced on Sunday that one of its surveillance aircraft had been “dangerously” intercepted by a Chinese fighter jet over the South China Sea in late May, criticizing the incident as needlessly provocative and dangerous to the pilots.

The Australian aircraft, identified as a Boeing P-8 Poseidon, was intercepted on May 26 by a Chinese Shenyang J-16, during what authorities described as a “routine maritime surveillance activity” in international airspace. During the interception, the Chinese aircraft reportedly flew close in front of the Australian plane and released a bundle of chaff, or small reflective pieces of aluminum designed to obstruct radar and confuse missiles, which was subsequently ingested into the plane’s engines.

“The intercept resulted in a dangerous maneuver which posed a safety threat to the P-8 aircraft and its crew,” the Australian statement read. “The Australian Government has raised its concerns about the incident with the Chinese Government,” the statement added.

“[The Department of] Defense has for decades undertaken maritime surveillance activities in the region and does so in accordance with international law, exercising the right to freedom of navigation and overflight in international waters and airspace,” it continued.

Australian prime minister Anthony Albanese, who took office three days before the incident took place, told reporters on Sunday that Australian officials had raised concerns with their Chinese counterparts “through appropriate channels.” China’s embassy in Canberra, Australia’s capital, did not comment on the incident.

Although the exact position of the incident was not specified, it is likely that it took place within the “nine-dash line,” the area of the South China Sea claimed by Beijing as Chinese territorial waters and therefore Chinese airspace. Australia, along with most other Western nations, has disputed this claim, arguing that it is inconsistent with international law. A United Nations Convention on the Law of the Sea (UNCLOS) tribunal ruled against China over the issue of the nine-dash line in 2016, but Beijing has refused to recognize the ruling.

Chinese pilots have reportedly initiated incidents with Western pilots in other areas near China in recent months. In early June, the Canadian Armed Forces claimed that Chinese planes had shadowed Canadian patrols along the North Korean border, allegedly coming so close that the Canadian pilots were forced to take evasive maneuvers to avoid crashes.

Relations between China and Australia have sharply deteriorated over the past half-decade, at the same time that Australia has pursued closer relations with the United States. The United States and Australia are two of the four nations in the Quadrilateral Security Dialogue, commonly referred to as the Quad, and two of the three nations in the AUKUS security partnership. Both of these alliances have been alleged to be focused on containing Chinese influence in the Indo-Pacific, although U.S. and Australian officials have denied this.