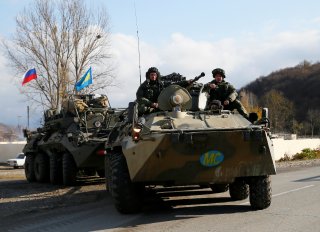 A mission of the Collective Security Treaty Organization (CSTO) will be dispatched to Armenia after deadly border clashes with Azerbaijan.

"During the session of the Collective Security Council it was agreed to send a mission of the Collective Security Treaty Organization headed by CSTO Secretary General Stanislav Zas with participation of Chief of the CSTO Joint Staff Colonel General Anatoly Sidorov and representatives of CSTO member states to the Republic of Armenia for estimating the current situation,” read a statement from the CSTO, a Russian-lead military alliance composed of six post-Soviet states.

"We expect that the CSTO mission will arrive in Armenia as early as tomorrow. Our request was duly discussed at the CSTO,” Armenian foreign minister Ararat Mirzoyan said on Wednesday.

Armenian officials formally appealed to the CSTO earlier this week on the basis of Article 4 in the alliance’s charter, “requesting, among other things, military aid in order to restore the country's territorial integrity." A close analogue to NATO’s Article 5, Article 4 is a collective defense clause stipulating that an act of armed aggression against a CSTO member state is considered as an act of aggression against all other members and warrants a collective military response.

Azerbaijan’s Defense Ministry, which says it lost fifty soldiers since the fighting broke out, rejects Armenia’s version of events. Baku claims instead that Armenia provoked conflict by shelling Azeri targets in the country’s Kalbacar district. Azeri officials have also denied allegations that their armed forces shot at Russian military and security service personnel stationed in Armenia.

Armenia and Azerbaijan have been locked for decades in a conflict over the status of Nagorno-Karabakh, an ethnically Armenian enclave that is internationally recognized as part of Azerbaijan. That dispute led to two bloody wars, one in 1988 and the other in 2020. But the renewed fighting could pose an alarming escalation, with Armenian officials levying unverified claims that Azeri troops have occupied territory inside Armenia proper.

The ongoing border clashes come just one day after Moscow announced it had brokered a ceasefire between Armenia and Azerbaijan. The ceasefire was “almost immediately broken,” said John Kirby, the National Security Council’s coordinator for strategic communications.

Kremlin spokesman Dmitry Peskov said on Tuesday that Russian president Vladimir Putin is “making every effort to contribute to the de-escalation of tensions on the [Armenia-Azerbaijan] border.”