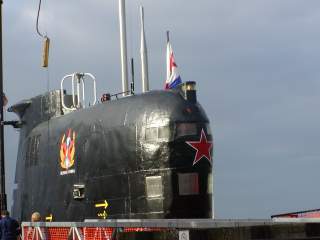 Of the flotilla, only B-4 under Capt. Rurik Ketov was able to avoid being forced to the surface by the U.S. blockade. Although detected by patrolling aircraft, B-4’s batteries had sufficient charge to remain underwater long enough to lose the U.S. patrols. Nonetheless, Ketov too was forced to abort the mission. Kennedy ultimately moved towards resolving the crisis on October 28 with a secret deal suggested by Khrushchev, in which the United States withdrew missiles in Turkey and promised not to invade Cuba, in exchange for Russia withdrawing its nuclear weapons.