Cutting Off Saudi Arabia Would Only Embolden its Worst Impulses 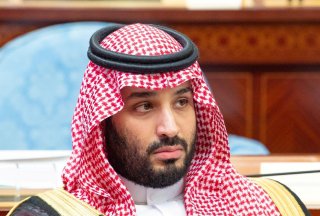 On December 7, French President Emmanuel Macron and his Egyptian counterpart met in Paris to discuss defense and economic cooperation amid calls to cease ties due to human rights violations. Macron defended his position not to condition cooperation and trade on human rights and added that he believes “it is more effective to have a policy of dialogue than a policy of boycott, which would reduce the effectiveness of one of our partners in the fight against terrorism and for regional stability.” Macron was referring to Egypt’s crucial role in countering terrorists in northern Sinai and backing Libyan warlord General Khalifa Haftar.

The rationale behind Macron’s position stems from beyond Egypt’s role in fighting terrorism in the region. The French president in the past has expressed concern that Cairo would seek support from the West’s adversaries, including Russia and China, if it did not obtain sufficient aid from Europe.

A Biden administration would face a similar impasse regarding Saudi Arabia. Riyadh considers Iran and its potential to acquire a nuclear bomb an existential threat. Along with its Gulf neighbors, Riyadh fiercely campaigned against the Obama administration’s 2015 Joint Comprehensive Plan of Action (JCPOA), believing this agreement would only improve Iran’s economic standing and therefore improve its capabilities to create a nuclear weapon.

Riyadh’s determination to procure deterrent capabilities in light of Iran’s arsenal buildup has led to the development of its own nuclear program, but the unreliability of U.S. assurances prompted it to seek assistance with this program elsewhere. In August, Riyadh turned to China for help in advancing its nuclear technology. This “secret” arrangement led to the creation of a facility for extracting uranium yellowcake from uranium ore in northwest Saudi Arabia.

This development highlights that without clear and sustained U.S. support, Gulf countries will open dialogue with U.S. adversaries, including China.

Biden announced his intended Saudi Arabia policy last year during the Democratic primary debate. He stated he would make very clear that the United States would not “sell more weapons to them [Saudi Arabia]. We [the United States] were going to, in fact, make them pay the price and make them, in fact, the pariah that they are.”

Similar to the pressure President Macron is facing to boycott Egypt based on human rights issues, Biden will experience calls to cut off dialogue and support to Saudi Arabia. Bipartisan calls to condemn Riyadh are certainly well-founded. In the last few years, the world witnessed Saudi Arabia’s bombing campaigns in Yemen which led to thousands of civilian deaths, the botched trial and subsequent verdicts in the killing of journalist Jamal Khashoggi, and most recently the “secret” nuclear arrangement with China. It makes sense for U.S. strategy to aim to secure regional security by limiting harmful actions like these.

Avenging the 2018 killing of Jamal Khashoggi by Saudi government agents inside the Saudi consulate in Istanbul appears to be a priority for Biden’s aides and many Democrats—even if it severely harms U.S.-Saudi relations—because he was a journalist with the Washington Post who had close connections to Washington politicians and power brokers.

However, punishing Saudi Arabia for its human rights record by terminating all dialogue and boycotting all forms of cooperation would be extremely detrimental to regional stability. If the Biden administration reinstitutes a nuclear agreement with Iran and does not bring the Gulf states into the conversation, Riyadh and its neighbors may seek aid from U.S. adversaries and work towards securing their own deterrents. Similarly, if Biden ceases all dialogue with Riyadh, it would see no reason to limit its brutal war tactics in Yemen.

Hopefully, the Biden team will realize that if Saudi Arabia and its neighbors believe the United States won’t leave them in the dust as Iran continues to expand its regional influence, they will be less inclined to secretly build up their own deterrents and replace their relationships with the United States with new agreements.