The Czech-Russian Relationship is Fragile, But Not As Frosty As It Seems 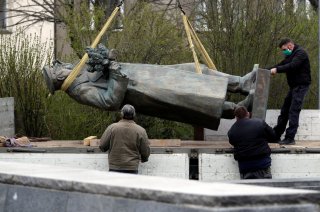 On May 14 the Russian Government released a decree that formally listed the Czech Republic along with the United States as two “unfriendly states” of the Russian Federation. The listing of the Czech Republic came as a reaction to the Czech Government’s accusation that Russian military intelligence stood behind the blast of a munition depot in the Czech village of Vrbetice in 2014, killing two people. Though Czech politicians knew from secret services about Russian involvement in the logistics of the blast, they withheld the information from the public and allegedly planned to use the accusation as leverage in conversations with Moscow.

Nonetheless, upon releasing the information, Prague took a firm stance and ousted a number of diplomats and personnel from the overcrowded Russian embassy. Since then, the Czech Republic received political support for its stance on the level of the European Union and also during NATO’s annual summit in mid-June.

Though the relations between Prague and Moscow may seem at their lowest perhaps since the end of the Cold War as other incidents have been piling up – including Prague city’s tearing down of the statue of Soviet General Ivan Konev, who led the Red Army on the Eastern Front during WWII – the political and public support in the Czech Republic for such a state of relations is not to be taken for granted.

Politically, amity with Russia is advocated by Czech President Milos Zeman, who is notorious for his affinity to Vladimir Putin and his idiosyncratic views of the “Western” culture wars, proclaiming last year at the residence of the U.S. ambassador in Prague during the July 4 celebrations that “black lives matter” is a racist slogan and that for him, “all lives matter”.

In this sense, the president has been voicing a foreign policy strategy of “various azimuths” – meaning that the ambiguity of the Czech identity (as to whether it belongs to the West or to the East) coupled with the geographic location in the heart of Europe should be pragmatically used to serve as a bridge between the great powers and as a diplomatic link on the Washington-Moscow-Beijing axis.

Zeman has been active in visiting China and Russia in his last eight years as President, but his enthusiasm for these two states has locked the doors of the White House, which he desperately needs to visit to prove that his strategic vision is viable. The current Czech ambassador to Washington, a close former advisor to Zeman, was clearly tasked with negotiating a visit to the White House. While Polish and Hungarian leaders met Trump in the White House, the formal invitation to Zeman was not extended.

In terms of fomenting support among the Czechs, Moscow has historically been apt at employing and manipulating the narrative of Slavic affinity between Eastern Europe and Russia, which has facilitated the mobilization of parts of target societies in support of a closer partnership. Today, the emphasis on the notion of a shared identity based on a common ethnic background is sidelined but revolves mostly around mutual conservative values and is the major source of soft power Russia maintains in its relations with the Czech public. Against the backdrop of a progressive European Union, which is overly “neo-Marxist” for right-wing voters and politicians and too individualistic at the expense of the community for the left-wing, Russia is portraying itself as the traditional society where things are still “normal”.

Of course, this narrative hardly attracts the majority of Czechs, but such portrayals are nonetheless vibrant on various disinformation websites, which then live a life of their own on social media and eventually get caught by more mainstream media platforms. Moreover, the import and skewed interpretation of U.S. and Western European cultural wars into the public debates in the Czech Republic serves not only the political purposes of conservative parties in the country, but also undermines trust and attractiveness of the “West” and facilitates the acceptance of the said Russian narratives.

The bottom line is that Czech society is nowhere near consensus on what type of relations it wants to maintain with Russia and there will always be significant bottom-up pressure on the political elites to balance Western cultural and political influence with that from the East. Parliamentary elections in the Czech Republic are scheduled for October of this year and the parties that clearly push for mending ties with Russia and loosening ties with Western partners are poised to gain up to 20 percent of the vote. In short, there is looming political clout to initiate a rapprochement with Russia following the current state of desperation in the relationship.

Mending ties with Russia in a constructive manner, of course, is not a negative outlook. The problem, however, is that it increasingly seems that working with Russia is a binary choice – either fully engage with Moscow and start breaking ties with Western partners (as Viktor Orbán seems to be doing) or stand ground with the West and fully detach from Russia. Given structural pressures, no middle ground for the Czech small state seems viable and so the issue is to become increasingly politically contentious.

Jan Hornat is Head of Department of North American Studies at Charles University and research fellow at the Peace Research Center Prague.