DANGER AHEAD: China's Six Carrier Navy Is Just Around the Corner 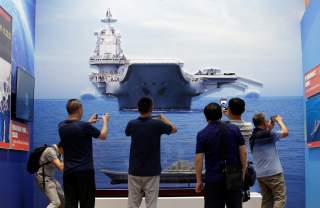 David Axe edits War Is Boring . He is the author of the new graphic novels MACHETE SQUAD and THE STAN. This first appeared in October 2018.