The Day Stealth and Smart Bombs Turned the U.S. Military Into a Superpower 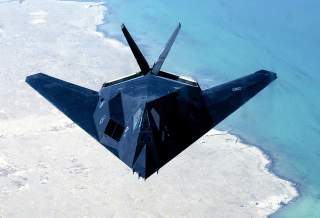 Although this gave U.S. forces and an advantage – and the U.S. Army was overwhelmingly victorious in Desert Storm tank battles – there were some tough engagement such as the Battle of Medina Ridge between the Army’s 1st Armored Division and Iraqi Republican Guard forces.

This approach was successfully used in Desert Storm, marking a historic shift in the strategic use of air power. In fact, a similar conceptual framework was used more than 10 years later in the opening attacks of Operation Iraqi Freedom.