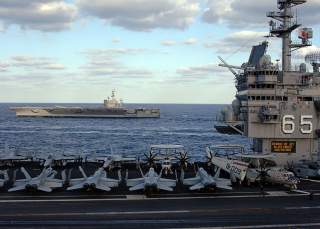 The drowned island tore a sixty-foot-long gash in the side of the Enterprise’s torpedo-resistant hull. Three of the four giant propellers were totaled and the port keel gone.