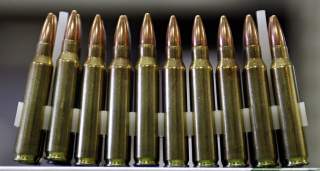 Police laid Connor Betts down for good about 30 seconds after he first fired his rifle into the Saturday night crowds of Dayton, Ohio’s main bar district.

Thirty-two seconds, to be exact, according to an ATM camera that captured the sounds of those frantic and deadly moments between Betts’ first shot and the last one fired by police.

The alacrity and heroism of police officers at the scene stands out even more sharply in a separate, sound-free video captured by a bar surveillance camera.

Betts was just one stride from the front door of a bar into which hundreds of people had just fled his fusillade when police finally stopped him. Had it taken even one more second to neutralize him, the videos Dayton Police Chief Richard Biehl shared with the press on Sunday show, he could well have gained entrance and been staring at what amounted to a human shooting gallery.

Yet even this highly efficient peace-keeping wasn’t enough. The six good guys with guns never really had a chance to prevent carnage. The best they could do – and they really did do their very best – was to limit the mayhem.

In just 32 seconds, Betts was able to kill nine people and shoot 14 others non-fatally. (Several others sustained non-gunshot injuries in the sprinting chaos Betts’ attack produced on the street, police explained Monday.)

Police recovered 41 shell casings matching the .223 caliber ammunition that Betts had used in his Anderson Manufacturing AM-15. He fired more than once per second – possibly much more, as officers cannot be certain they found every casing.

All in just half a minute.

Betts had attached a double-drum magazine with a maximum capacity of 250 rounds to his AM-15. He had not filled it to that highest possible volume, police said Monday, but there’s no strange note of benevolence to that choice. Double-drum setups like the one Betts used are notoriously prone to jamming – making them a subject of some scorn among gun aficionados – and some shooters choose to under-load them in order to improve performance.

The six officers Biehl named at his Sunday press conference as the heroes of the day, who took the killer down, all had handguns. One grabbed a high-powered rifle of his own from a squad car. All did their utmost. Nevertheless, the gunman, armed with legally available equipment, had more than enough time to kill nine and permanently scar dozens more.

In the few states that ban high-capacity magazines, it is illegal to make, sell, or purchase such equipment. Nine states have such bans. Eight of those cap magazine capacity at 10 rounds for “long guns” like the AM-15 Betts used. The ninth, Colorado, allows magazines as large as 15 rounds.

Kentucky-based Anderson Manufacturing need not worry about such laws. Neither did Betts have to fret. Ohio, Kentucky, and damn near everywhere else in the country has decided these things are fine.

Anderson Manufacturing won’t sell you a drum mag – though, again, gun nerds typically hate the things and make fun of those who employ them.

Anderson Manufacturing will happily sell you 30-round magazines, however. The standard ones retail for $10 a pop. (For another $6.89, you can get them with the “Don’t Tread On Me” snake graphic engraved at the bottom end. And if that markup is too steep, Anderson’s sales team will do 5 Don’t Tread On Me 30-rounders for $77.30, or about what you’d earn before taxes on a day’s work at Ohio’s $8.55 minimum hourly wage.)

Two decades ago, you would have had a real hard time buying any of this gear. The federal gun legislation that lapsed in 2004 banned magazines with a capacity greater than 10 rounds. (Existing high-cap magazines could still be sold under one of the law’s several grandfathering provisions, but the law nonetheless appeared to depress the public’s access to these gun accessories. The share of high-capacity magazines recovered from gun crime investigations in Virginia initially surged but then fell far below its pre-ban level over the 10-year life of the federal law, for example.)

Consider again that Betts came within about a step of reaching the door to a bar crammed with hundreds of defenseless people before Dayton’s finest stopped him. If he’d only had 30-round magazines, he’d have had to reload at least once by then. If he’d had 10- or 15-round magazines, he’d have had to execute that maneuver three, four, potentially five times.

For every second he was roaming that street, he was letting off more than one bullet. His ability to skip the reloading – the technological enhancement that hardline gun-rights absolutists have insisted he and every other American have ready access to for the past 15 years – literally cost people their lives.

Today, these high-capacity magazines are legal to make, swap, and sell almost everywhere. California’s ban has been struck down (then temporarily, conditionally reinstated) by federal courts. And of the nine states that have resuscitated a high-cap mag ban, only neighborless Hawaii can reasonably claim to have sheltered its citizens from the threat someone like Betts can pose using tools legal in 80%of the country.

Some congressional Democrats have tried to change that in recent years. The Keep America Safe Act introduced in the Senate in 2017 and the House earlier this year would restore the high-capacity magazine rules from the lapsed (and sometimes loathed) 1994 law. It hasn’t made it out of committee in either chamber – in no small part because everyone has understood these past years that Senate Majority Leader Mitch McConnell would never allow it to come to a vote even if everybody else did the work required to push it through the House.