Deadly Or Overhyped? How Capable Are Russia's S-400 Missile Defenses? 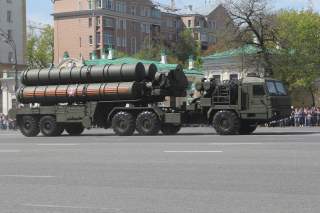 Key point: Russian A2/AD anti-air bubble is not as big as people might think.

Charlie Gao studied Political and Computer Science at Grinnell College and is a frequent commentator on defense and national security issues. This appeared last year