The Death of Open Skies Means a More Dangerous World 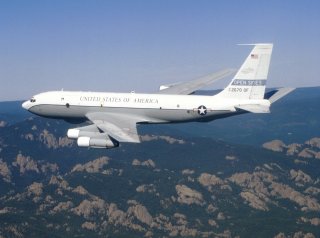 Russia’s decision to begin its withdrawal from the Open Skies Treaty (after the U.S. exit, completed on November 20, 2020) has dealt another blow to the global arms control regime, heralding the return of a more dangerous world. The treaty—which opens member states’ airspace to aerial observation by other members—is symbolic of a now largely defunct era of post-Cold War optimism with its brazen spirit of transparency and mutual confidence.

The United States pulled out citing Russia’s violation of the treaty’s provisions. Moscow’s decision, meanwhile, was motivated by the concern that Washington’s exit would prevent Russia from sending observation flights over the United States, while leaving open the possibility that NATO allies would share with the Americans their information about Russia, based on their own forays into the Russian airspace. The Europeans remain divided.

But finger-pointing over who is responsible for the crash of the Open Skies obscures something rather obvious: the treaty’s now probable demise is in reality a godsend to the Kremlin. The “Open Skies” approach was from the start much more beneficial to Washington than it ever was to Moscow.

The idea was first broached by President Dwight D. Eisenhower. It was a part of his appeal to the Soviet leaders at the 1955 Geneva conference. It was a turbulent time for the Soviet-American relationship. Just over two years after Joseph Stalin’s death, his successors in the Kremlin, Nikita Khrushchev as first secretary and his sidekick Nikolai Bulganin as prime minister, were looking for ways to lessen tensions with the West. In May 1955 the Soviets announced unexpectedly far-reaching arms control proposals, including cuts in conventional forces and nuclear disarmament. However, these proposals were not strong on enforcement and were rightly suspected in the West of being just a propaganda ploy.

It was in this context that Ike unveiled his “Open Skies” idea, which entailed unhindered aerial observation of Soviet territory. We know today that Eisenhower perceived this approach as a win-win for the United States. The Soviet Union was an incomparably more closed country than the United States. There was so much more the Americans could learn by sending observation flights over the Soviet Union than the other way around. If unexpectedly Moscow agreed to the proposal, it would prove an intelligence bonanza to the United States. If, however, it torpedoed the idea, then it would stand accused of secrecy and obstructionism. Unsurprisingly, the Soviets vetoed the Open Skies initiative. Nikita Khrushchev dismissed aerial inspection as “stupid”—this, he feared, would just be a cover for Western espionage.

In the context of the early years of the Cold War and the worsening arms race (where the Soviet Union was still largely playing “catch-up”), Khrushchev’s peasant pragmatism was understandable. Of course, the flipside of this pragmatism was the American determination to monitor the Soviets uninvited, by using the high-flying U2 spy planes. The Soviet shoot-down of one of these planes, piloted by Gary Powers, on May 1, 1960, helped derail early moves towards Soviet-American détente. Fortunately for international stability, the development of space satellites rendered the question of flight observation largely obsolete. For the remainder of the Cold War, the two superpowers successfully got by simply by flying spy satellites over each other’s territory. In fact, satellite observation was so good that it served as a main verification tool of the first U.S.-Soviet arms control agreements, including SALT I and the Anti-Ballistic Missile treaty.

The logjam was broken again in the late 1980s. Upon assuming office in March 1985, Soviet General Secretary Mikhail Gorbachev unveiled a series of ambitious disarmament proposals. In December 1987 the Soviets and the Americans agreed to dismantle a whole class of nuclear missiles (those of the intermediate-range). The Intermediate-Range Nuclear Forces (INF) Treaty, of blessed memory, was unarguably more advantageous to the United States than to the Soviet Union, since the Soviet abandonment of these missiles (principally, the intermediate-range SS-20s) eroded their ability to threaten Western Europe and thus question the credibility of the US commitment to Europe’s defense. But Gorbachev did not care. Mindful of the shadow of Chernobyl, and the spiraling costs of the nuclear arms race, he looked at this question from the broader perspective of overcoming the legacies of the Cold War.

In May 1989 George H.W. Bush resurrected Ike’s stillborn Open Skies proposal and this time the Soviet leadership found it attractive. “We support it,” Gorbachev told Bush plainly on December 3, 1989, at their summit in Malta, which symbolically heralded the end of the Cold War. He even pushed Bush to extend it further: “Let our ministries and military specialists discuss expansion of the status of openness to the oceans and the seas, space, and land.” What Gorbachev wanted at Malta was for Bush to sign on to his vision of a brave new post-Cold War world, which would see Moscow and Washington rise above their long-standing antagonisms to inaugurate a cooperative relationship of equals. If that meant opening the Soviet airspace to American observation, well, that was a very small price to pay.

In the end, the Cold War did not exactly end on the terms Gorbachev expected. He had sought the dismantling of military alliances. Instead, his own alliance—the Warsaw Pact—fell apart, while NATO, although uncertain at first of its raison d’etre, soon moved to repurpose itself and later to enlarge further and further to the East, fueling resentment and fears in Russia.

But for a time at least, the Open Skies Treaty, which was finally signed in 1992 (though it did not enter force for another ten years), suggested a counternarrative—the idea that, after all, Russia and its former Cold War foes had turned the page and would work to build up a reserve of mutual confidence. It was the treaty's symbolic value that mattered to Russia. In other ways, however, the treaty was problematic.

For example, the few annual flights that Russia sent over the United States were dwarfed by the number of flights sent into the Russian airspace by the United States and its NATO allies. NATO—formally absent from the treaty text—fundamentally shaped its actual implementation. Since all of the Open Skies data were shared among all participants, a Dutch flight over Russia was an asset to all NATO members, but Moscow couldn’t use information from the German or French overflights of the United States since there were none. Nikita Khrushchev would surely have called the arrangement “stupid”, and he would have been right. In the Cold War context, Moscow would have been foolish to sign on to such a one-sided treaty.

It was all the more surprising, then, to see the Trump administration pull out of the treaty that was actually much more in America’s than in Russia’s interest. Washington simultaneously presented the treaty as unnecessary (because U.S. satellites provided all the needed information) and threatening (Russian planes in American skies were clearly up to no good).

The United States also accused Russia of violating treaty provisions, for example, by denying overflights of Russian territory bordering the breakaway republics of Abkhazia and South Ossetia. Russia claimed in response that it recognizes the two as independent countries, and that the Treaty thus provides an exemption to overflights close to their borders, but this claim has failed to impress others insofar as almost no one else recognize Abkhazia and South Ossetia. Meanwhile, Georgia, which claims sovereignty over both, banned all Russian Open Skies flights over its territory, thus also contradicting the Treaty’s provisions.

Similarly, Moscow limited the distance of permitted flights over the Kaliningrad region, but only after a Polish flight in 2014 paralyzed air traffic over the Russian exclave.

These accusations and counteraccusations make for entertaining reading, but they obscure the big picture. The military utility of the Open Skies Treaty has always been in question. It was joked that the treaty was a solution in search of a problem. Yet, what Open Skies Treaty was good at was maintaining the idea that cooperative security was possible and desirable. Russian and NATO officers formed joint crews on the Open Skies flights, shared the chats and sometimes the laughs. There was information sharing, and joint approval of observation planes. So un-Cold-War-like!

The treaty, for all its flaws in design and in implementation, symbolized the new post-Cold War world. But as that world began to crumble, it began to look like a relic. Can there be a place for such a treaty in the era of great power competition? Perhaps not. That’s why America’s and Russia’s exit is not all that surprising.

Not surprising—yes. But sorely lamentable all the same.