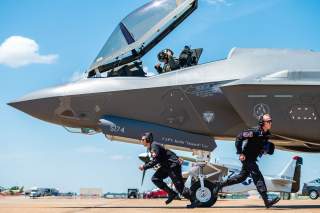 Key point: A separate Air Force actually makes it harder for land, sea, and air forces to work together.