The Democratic Obsession With Russia, Explained 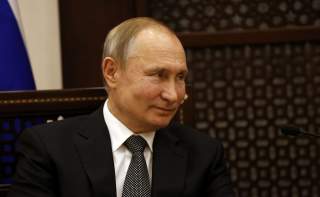 The issue of Russia’s alleged interference in the 2016 U.S. presidential election has intensified an already deep and bitter partisan divide. Democrats and the broader progressive community argue that a hostile nation worked to defeat Hillary Clinton and install a president that Moscow could influence, perhaps even control. Those allegations have become increasingly shrill and over-the-top. In the process, they have chilled debate on U.S. policy toward Russia and created an atmosphere of intolerance and guilt-by-association disturbingly reminiscent of the McCarthy era in the 1950.

It is astonishing how outlandish some of the comments have become. A recent example was the speculation that MSNBC contributor John Heilemann engaged in when Devin Nunes, chairman of the House Intelligence Committee, sought to make public the memo that the committee majority approved about possible FBI abuses during its investigation of collusion between the Trump campaign and the Russian government. Heilemann asked Democrat Sen. Chris Murphy: “Is it possible that we actually have a Russian agent running the House Intel Committee on the Republican side?” It was the second time that Heilemann raised that absurd notion on air.

Other progressives have wildly exaggerated the supposed Russian threat to America’s security and domestic liberty. During the 2016 campaign itself, Clinton asserted that Donald Trump would be “Putin’s puppet.” The accusations have grown wilder and more inflammatory since then, as Democrats hype the dangers that Russia’s apparent election meddling posed. During a March 2017 House Homeland Security Committee session, Democrat Rep. Bonnie Watson Coleman accused Russia of engaging in outright warfare against the United States. “I think this attack that we’ve experienced is a form of war, a form of war on our fundamental democratic principles.”

She was hardly unique in using such hyperbole. During House Intelligence Committee hearings that same month, several of Coleman’s Democratic colleagues made similar alarmist statements. Democrat Rep. Jackie Speier insisted that Russia’s activities were indeed “an act of war.” Democrat Rep. Eric Swalwell echoed that assertion. Citing the alleged Russian hacking of the Democratic National Committee and other targets, Swalwell stated: “We were attacked by Russia,” and that attack “was ordered by Vladimir Putin.” Democrat Rep. Denny Heck explicitly compared Russia’s actions to the Japanese attack on Pearl Harbor and the 9/11 terrorist attacks. Worries about Russia, he insisted, had nothing to do about politics. Instead, “this is about patriotism . . . this is about country, and the very heart of what this country is built on, which is open, free, trusted elections.”

Such threat inflation is not confined to House members. Democrat Sen. Ben Cardin, the ranking Democrat on the Senate Foreign Relations Committee, similarly described the election meddling as an “attack” and likened it to a “political Pearl Harbor.” Vermont Sen. Bernie Sanders asserts that “Russia’s attack on our democracy is of enormous consequence.”

As Clinton’s smear of Trump and Heilemann’s attack on Nunes illustrate, the progressive hysteria about Russia dovetails into impugning the integrity of anyone who disputes the narrative that Russia poses an existential threat to America and its democratic system. Sanders epitomizes the technique with his Twitter comment that “we need to know whether the president’s foreign policy serves the best interests of our country or the best interests of Russia.”

Targets of such McCarthyism extend far beyond Trump and his inner circle. Figures receiving similar treatment include Jeffrey Taylor, columnist for the Atlantic, University of Chicago Professor (and dean of the realist school among U.S. international relations scholars) John Mearsheimer, conservative writer and former presidential candidate Pat Buchanan, and an assortment of journalists with a wide range of ideological orientations, such as the American Conservative’s Daniel Larison, the Intercept’s Glenn Greenwald, and the Boston Globe’s Stephen Kinzer. Epithets such as “apologists,” “stooges,” “Russian trolls,” and “useful idiots” appear frequently in attacks on these maverick foreign-policy critics. Many of those attacks occurred before the 2016 election, indicating that the anti-Russia hysteria and vitriol has much deeper roots than concerns about Moscow’s interference in that election.

Even if one concedes the allegations that Russia engaged in election meddling, the response of progressives is wildly excessive. It is preposterous to compare cyber espionage with the bloody Pearl Harbor and 9/11 attacks. Indeed, such a comparison trivializes the tragedy and horror of those episodes. Moreover, even if Moscow’s interference did take place, it is hardly an act of war. Indeed, it is not materially different from what the United States has done in dozens of countries, including democratic countries, for decades.

Progressives need to adopt a course correction. Those who sincerely believe their shrill rhetoric need to get a grip and not succumb to Russia Derangement Syndrome. Those who are cynically using the anti-Russia hysteria as a club with which to beat the Trump administration need to pause and consider how their actions are triggering a second “cold war” with the one power that has the military wherewithal to destroy America. In either case, their current behavior is doing their country a grave disservice.