Democrats And Republicans Should Agree On How To Solve The Coronavirus 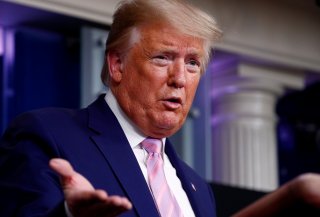 Key point: During the novel coronavirus outbreak, the burden on public health systems in states experiencing severe outbreaks could make these financial pressures even worse.

Currently, the federal government pays about 60 percent of the cost of Medicaid, over 70 percent of the cost of the Children’s Health Insurance Program, and 90 percent of the cost the Medicaid expansion population, with the remaining costs paid by states. In a normal economic downturn, states face budget constraints as their revenue falls, forcing them to cut back on Medicaid and other spending to meet their balanced budget requirements. During the novel coronavirus outbreak, the burden on public health systems in states experiencing severe outbreaks could make these financial pressures even worse. That is why Presidents Bush and Obama both signed increases to the federal share of Medicaid, the Federal Medical Assistance Percentage (FMAP), to help fight the last two recessions.