Denmark Might Not Sell Greenland to America, but It Is Selling Its Resources to China 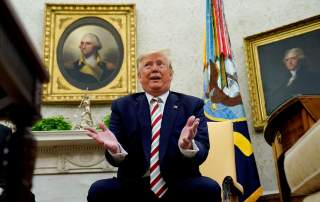 If China was given a possibility to control the ports and airports in Greenland, it would cause serious problems for NATO operations in the northern European theater.

China has been heavily buying in to Greenland and its vast natural resources. The true quantity of the resources is only slowly getting revealed as the continental ice is melting due to the climate change. At Kvanefjeld Chinese companies are planning to begin mining both Uranium and rare earth elements, the production if which China is trying to monopolize. The Chinese companies are also investing in zinc and iron mines on the island.

The Chinese investments in export commodities production in Africa have always been coupled with a complex scheme of co-operation. These deals connect the economic investments to infrastructure projects and political deals to allow the Beijing to wield considerable leverage over the respective host nations. China has already used these connections to force its clients to vote according to Chinese interests in the UN. Some parts of the Chinese built infrastructure can also be used for deployment of the Chinese troops to the region if a need should arise.

Danish democracy and civil society are naturally much more robust than the ones in any African country. After all, the Kingdom of Denmark was established in 980. But even purely economical domination of Greenland would still be a victory to the Chinese government, especially as rare earth minerals will be a crucial strategic asset in the future. Greenland’s deposits joining the Chinese holdings in China, Mongolia, Afghanistan and Africa would make the situation rather dire for the West.

If China was given a possibility to control the ports and airports in Greenland, it would cause serious problems for NATO operations in the northern European theater. The Greenland – Iceland- UK (GIUK) gap has long been the focus point of naval planning for the possible showdown between NATO and Russia in Europe.

On the other hand Greenland could also be used to stage operations aimed to disable the Russian forces in the Arctic. These forces include the vital nuclear bastion at Kola-peninsula. While China and Russia are reluctant allies at the moment, there is no doubt that at some point in the future the dragon will try to subdue the elderly bear in the neighborhood.

While the USA has a military presence in Greenland, it currently has very little control over the strategically important resources there and Chinese offers may be too tempting for the largely autonomic Greenland government and the cash strapped leaders in Copenhagen.

Buying Greenland as a whole is off the table, but China is raiding the all-you-can-eat buffet there.