The Department of Defense Is Integrating Its JAD2C Efforts 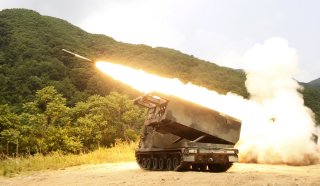 The Department of Defense is working to achieve improvements in networking, connectivity, and cross-domain warfare goals.

JAD2C efforts “will enable the Joint Force to use increasing volumes of data, employ automation and AI, rely upon a secure and resilient infrastructure, and act inside an adversary's decision cycle,” the plan says. The JAD2C plan will focus on improving the military’s ability to detect and track enemy activity, absorb and deliver data and information, and execute actions.

It’s a vital task but is difficult to achieve, as it requires sensors to be linked with data processing and human decision-makers in a timely manner. Improving efforts between the joint force means that all branches of the military will be able to work together seamlessly.

The OODA loop includes observation, orientation, decision, and action. It refers to the process of making crucial decisions during military operations.

“The power of information has never been stronger, the machine-human interface, the need has never been greater, and JADC2 is attempting to leverage that so that we can deliver the best decision to the warfighter in the fastest time,” Crall said, according to a Department of Defense transcript.

Each of the United States’ military services has given their efforts at JAD2C a different name, but they share the same fundamental mission. The Army calls it the Integrated Battle Command System, the Navy refers to it as Project Overmatch, and the Air Force project is called the Advanced Battle Management System. The goal is to improve the speed of connectivity across the joint force.

“This isn't a single service, it's not just one program office, it's the entire DoD,” Crall said.