The Desktop PC Isn’t Dead Yet (I Should Know, I Have Built and Repaired Thousands of Them For Over a Decade) 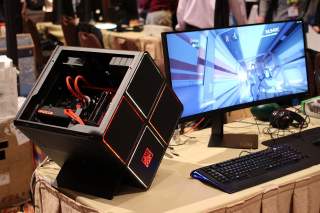 Since the late 1990s, one of my favorites all-time hobbies and sources of income was to build and repair desktop computers. I have built $10,000 gaming rigs, liquid-cooled setups with CPUs overclocked to the max all the way to cheaper $250 word processing computers meant for basic use. I have built Linux-based machines, installed every Windows operating system since 3.1 and even built a “hackintosh.” At one point, my wife and I opened a small computer repair business where I traveled around my home state of Rhode Island doing repair and installation work—my own version of the Geek Squad.

But, alas, I feel as if my desktop PC days are about to end. While I don’t make money off my computer building and repairs skills these days, I do have a beefy desktop system to do the basic tasks of my job—and of course, I built it myself. Could in the future we might see a day where desktops are a thing of the past? Maybe not even built anymore, as laptops, tablets and smartphones can easily perform those tasks with much-needed mobility?

At least for now, I would argue the answer is no. I would offer a few basic reasons why—and why they could be around for many decades to come.

First, for the moment, businesses still seem to have many employees who work on them. A recent survey in 2018 found that “68 percent of organizations report desktops are the primary computing device for employees, compared to only 29 percent using laptops and 1 percent using tablets as the primary device.” Many want to squeeze out the last bit of productivity before they buy new equipment, and could be reluctant to buy new equipment until old equipment stops working. That same survey also found that “45 percent of organizations in education use their desktops for seven or more years,” also explaining to some extent why desktops aren’t going away so fast.

I would argue there is a much simpler reason desktops have not gone away: larger screen size. I have a 28 inch Asus monitor that is great for editing, writing, working on video editing projects and keeps my eyes from getting strained. That is big for me as I am on my computer sometimes as much as twelve hours a day.

Desktops also have many other selling points. Upgrades are much easier to do than on a laptop and are impossible on a tablet. Moreover, you can add in speaker systems for a better audio experience and swap out different sorts of screen configurations. Also, try doing hardcore gaming on a laptop or any sort of video editing. Yes, it can be done, but the experience is much better on a desktop as you can purchase much more powerful CPUs and graphics cards to make these tasks much easier and enjoyable. When you factor in the desktop enthusiast market—people like me—who love to build these PCs—the future does not seem so bad for the desktop after all.