Despite Its Enemies Best Efforts, The M-14 Rifle Refuses To Die 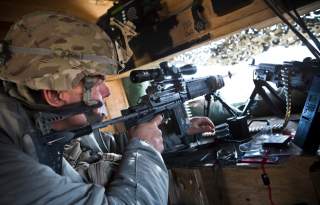 “The M-14 was a powerful rifle, but heavy and somewhat awkward to use in close-in jungle fighting,” Archambault says. “It was also found that the wood stocks of the M-14s would swell in the jungle humidity and affect accuracy.”