Despite Tensions, Pelosi Says Taiwan Trip Was ‘Worth It’ 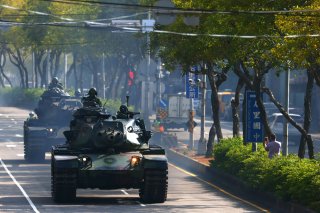 Speaker of the House Nancy Pelosi announced in a televised interview on Tuesday that she did not regret her trip to Taiwan last week, arguing that it was “worth it” despite an immediate deterioration in Sino-American relations and a marked increase in tensions across the Taiwan Strait.

Pelosi defended her trip on NBC’s “Today Show,” telling host Savannah Guthrie that the visit had “overwhelming bipartisan support” from both houses of Congress and praising her reception from the Taiwanese people. Although China threatened “severe consequences” for the United States if Pelosi followed through with the trip, she dismissed the threat, claiming that Beijing could not be allowed to decide who could and could not visit the democratically-controlled island.

“China will not be allowed to isolate Taiwan,” Pelosi said, adding that Beijing’s response to the incident had been to “do what they usually do” by issuing threats rather than attempting to address the visit through diplomacy. She also observed that a similar Senate delegation had visited the island in June but had not received nearly as much attention from Beijing or the press.

The speaker claimed that there should have been “nothing disruptive” about her visit, as it only concerned U.S.-Taiwan bilateral relations and did not come with any change to American policy in the region. She emphasized that the United States would continue to honor the “One China” policy, which entails non-recognition of Taiwan as an independent nation while continuing to support Taiwan through the U.S. commitment to the island in the Taiwan Relations Act of 1979.

At the time of her trip, Pelosi was the highest-ranking U.S. official to visit Taiwan since 1997, when Speaker of the House Newt Gingrich traveled to the island. At the time of Gingrich’s visit, China had not yet undergone its rapid economic transformation, and relations between Washington and Beijing were relatively cordial. Prior to his visit to Taiwan, the then-speaker had visited China for a meeting with Chinese paramount leader Jiang Zemin and prime minister Li Peng. Although Chinese ambassador to the United States Qin Gang described the 1997 visit as “completely wrong” in an interview with CNN on Tuesday, Beijing’s reaction at the time was relatively muted, according to the South China Morning Post.

In the aftermath of Pelosi’s visit, the Chinese government launched additional military maneuvers around the democratically-governed island, including live-fire exercises in six maritime areas ringing the island. Beijing also downgraded its relationship with the United States and suspended bilateral cooperation in some areas, including the two nations’ joint climate working group.