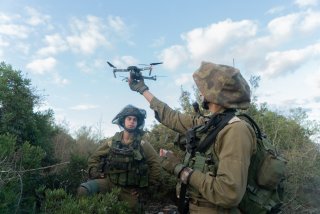 The recent conflict between Israel and Hamas illustrated the importance of having the latest detection systems against various threats, including drones. Hamas in Gaza and other non-state actors and terrorist groups are increasingly using drones, including small quadcopters and larger kamikaze drones based on Iranian models. Military officials from Israel to the US have warned about these increasing threats.

ThirdEye, an Israeli company with experience in the research and development of high-end object recognition algorithms makes solutions that are in service with the Israel Defense Forces and other defense companies. It included defensive response technology that can detect drones using electro-optical systems. This automatic detection can aid in stopping drones and providing intel for the forces on the ground to be alerted to the threat. The company also uses artificial intelligence to help perform tasks. This is important because modern airspaces are crowded with objects and drone swarms appear to be a threat of the future. To confront all these machines flying in the sky you need to not just detect them but also classify threats and a person can’t do all the work by themselves.

Founded in 2010 the company made systems for infantry to identify individuals and then saw an opportunity to put their optics and algorithms on drones to aid in detection. The weight of the payload had to be minimized to fit on smaller drones. The goal was to use the optics to get as much information as possible to detect whatever the operators were looking for. This concept of “area dominance” using drones is a core capability of the company. Detecting drones is another aspect.

ThirdEye says it also provides a mobile eye for unmanned ground vehicles and other platforms. Like many Israeli companies that work on unique technologies, this company works with Israel’s big three defense companies such as Elbit, Israel Aerospace Industries, and Rafael Advanced Defense Systems. In the UAV field, the company focuses more on smaller drones, such as Aeronautics Pegasus and Elbit’s smaller Tzur drones.

There are many new issues that Israel and modern militaries have to confront when dealing with drone technology. One issue is to use drone swarms effectively, such as using a group of drones together to conduct surveillance with overlapping capabilities, providing 24-hour surveillance, and operating as a team with other drones that may have other capabilities such as loitering munitions. Another issue is detecting drone swarms and defending against them.

A major challenge that pioneering tech companies in the field face, according to ThirdEye, is dealing with counter-drone measures that will stop drones that done have a radio frequency and don’t transmit. That means that detection is changed because you can jam them or search for a signal to detect them. It means you need better optics to spot them and radar and other methods to stop them. These systems need to be cost-effective because you need to scan a large area. Iran used drones in September 2019 to attack Abqaiq, avoiding radar and air defenses. Another issue is to make sure these systems can be used by average soldiers, rather than just specially trained forces. As drones and drone threats are more widespread, more forces need to use them and be able to detect them. Algorithms and artificial intelligence can help in this field. In most cases, if you have a system watching for drones, there will be no threats, so having a “man in the loop” watching is a waste of time. But when there is a threat the person needs to have the right tools to make a quick decision. The world is changing quickly, says ThirdEye, and companies and countries need to be one step ahead of the threat. Israel appears, so far, to be one step ahead.