Did Communist Russia Use Bernie Sanders for 'Information-Propaganda Efforts'? 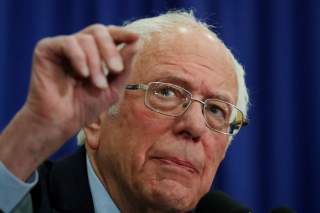 Since becoming one of the last two competitive presidential candidates in the 2020 Democratic primary, Senator Bernie Sanders has faced increased scrutiny for his past comments related to communism and overseas socialist governments. Just days ago, the New York Times published never before seen documents from Soviet archives detailing Sanders’ 1988 trip to the Soviet Union during his tenure as Mayor of Burlington, Vermont.

Bernie Sanders has been a democratic socialist since his college days at the University of Chicago in the early 1960s. He spent years as an activist, on issues ranging from civil rights to the antiwar movement, and as a perennial candidate for local office. In 1981, he was elected Mayor of Burlington by a margin of ten votes.

Once in office, Sanders’ lifelong dedication to leftwing politics continued to inform his sometimes-iconoclastic stances. He opposed President Ronald Reagan’s arms race with the Soviet Union, opposed the U.S. invasion of Grenada in 1983, and supported the Sandinista government in Nicaragua, which included a 1985 meeting with Daniel Ortega.

Near the end of the decade, in 1987, Sanders pushed for Burlington to enter into a sister city agreement with a Soviet counterpart. The purpose of these arrangements, already taking place in several other Soviet and American cities, was to foster cultural and diplomatic exchanges while defusing tensions.

“It is my strong belief that if our planet is going to survive, and if we are going to be able to convert the hundreds of billions of dollars that both the United States and the Soviet Union are now wasting on weapons of destruction into areas of productive human development, there is going to have to be a significant increase in citizen-to-citizen contact,” then-Mayor Sanders wrote to the Soviet Embassy in Washington D.C.

On the other hand, the Soviet Foreign Ministry described the program as “one of the most useful channels, in practice, for actively carrying out information-propaganda efforts.” The city of Yaroslavl, 160 miles northeast of Moscow, was chosen to be Burlington’s sister city.

In 1988, a delegation of Burlington officials traveled to the Soviet Union in 1988, in the same timeframe Ronald Reagan did, and Sanders described his positive experience in a press conference afterward.

Bernie Sanders’ trip to the Soviet Union is often derisively referred to by his opponents as his “honeymoon.” This is because he was accompanied by his wife, Jane, who he had married the day before departure. Officially, Sanders was there not for pleasure but as a member of a diplomatic delegation acting in his official capacity as mayor, although even the candidate has referred to the trip as a “very strange honeymoon.”

Supporters of Sanders have defended his conduct, saying there is nothing untoward about increasing diplomatic relations and cultural exchanges. By 1988, Soviet Premier Mikhail Gorbachev had implemented the programs of glasnost and perestroika and had negotiated a major arms reduction treaty with President Reagan.