Did Iran Manage to Find a Weak Spot in the F-35's Stealth? 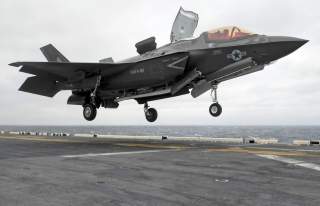 Key Point: No fighter is completely invincible. Here's what we know about the F-35's downsides.

This article was first published earlier in 2019 and is being republished due to reader interest.