Did Iran Really Build Its Very Own Smart Bomb? 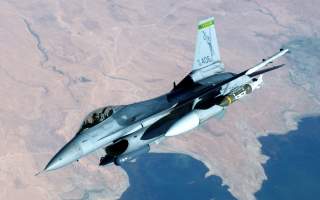 Iran says it has developed its own version of the JDAM, the iconic American bomb of the War on Terror.

The JDAM, or Joint Direct Attack Munition, is that rare example of the U.S. waging war on the cheap. By taking old-fashioned unguided bombs supposedly rendered obsolete by precision-guided munitions, and affixing them with bolt-on GPS guidance packages, the United States created instant smart bombs.

Now, Iran has done the same, according to Tasnim News, which is strongly linked to the Iranian Revolutionary Guard Corps. In a typically twisted story involving Iranian weapons, the article describes how Iran’s air force recently took delivery of ten Iranian-refurbished Su-22 fighter-bombers. These planes had been built by the Soviet Union and supplied to Saddam Hussein’s Iraq, which—fearing the Americans would destroy them in Operation Desert Storm—flew them to safety in Iran. The Iranians, still upset over Saddam’s 1980 invasion of their country, decided it was only fair that they keep the aircraft as reparations.

Why the Iranian press decided to treat the resurrection of thirty-year-old aircraft as a triumph is a puzzle. But then Tasnim News also tried to create an air of mystery about the bombs seen on the refurbished Su-22s during a November 2018 airshow.

“The appearance of the bombs, it looks like an American series, and both at the end of the bomb and at its front, are pods such as can be seen on JDAMs,” Tasnim News said. “Certainly, the front of the bomb resembled the Raad-301 [an Iranian smart bomb], but there isn’t any report of an optics system or laser guidance. Therefore, the inertial and satellite hybrid navigation is greatly enhanced.”

“Until today, Iran has not officially acknowledged about whether it has access to satellite-based systems, and both internal and external analyses are based solely on speculation, but the image of the new bomb and in particular the position and the cover installed there, greatly enhances the possibility of using a satellite-guided bomb,” added Tasnim News, which cited previous comments by IRGC Air Force commander General Amir Ali Hajizadeh that Iran has developed satellite-guided UAVs.

“Perhaps our country has achieved or is on the verge of achieving some type of satellite navigation and control systems, in which case the defenses of the Islamic Republic will make a significant leap,” proclaimed Tasnim News.

But wait a minute, say the analysts at the U.S. Army’s Foreign Military Studies Office. “The Iranian claim to have developed JDAMs appears exaggerated. While Iran did reportedly develop GPS-guided UAVs, a reverse image search of the photos (using TinEye.com) included in the Mashregh News article depicting the supposed JDAM determined that they are more than a decade old and not originally published in Iran. While the excerpted article itself leaves room for doubt, the falsification of photos allegedly taken at the Kish Air Show suggest, in this case, that the announced advance is more ambition than reality.”

Say it ain’t so: Iran caught in another fib, like claiming to develop a new jet fighter that turned out to be a retread of the American-made F-5 fighter sold to Iran in the 1970s. Nonetheless, Iran is a nation with considerable enough technical talent and ingenuity sufficient to develop ballistic missiles (and maybe a nuclear bomb). The JDAM concept melds tried-and-true technologies such as iron bombs and satellite guidance that have been around for years.

All of which suggests that even if Iran is fibbing now, it is quite possible that they will be able to develop GPS-guided bombs in the future.