Did Israel Just Threaten to Attack Iran with Stealth F-35s? 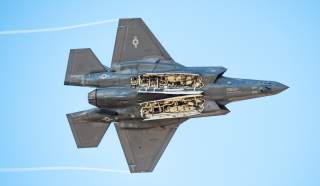 Israel has also carried out hundreds of strikes in neighboring Syria against what it says are Iranian and Hezbollah military targets.