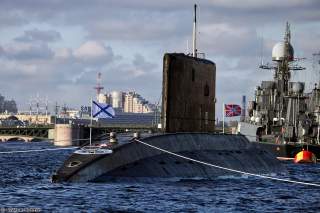 Key Point: Back in 2015, Indian media claimed that one of New Delhi’s Russian-built Kilo-class diesel-electric attack submarines managed to “sink” a nuclear-powered U.S. Navy Los Angeles-class attack submarine during exercises in October of that year.