Did the World Health Organization Totally Fail to Fight the Coronavirus? 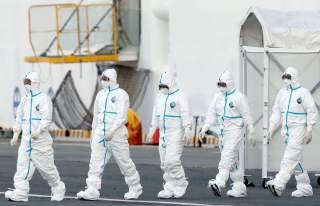 The World Health Organization (WHO) is drawing flak for its coronavirus response.

A recent article by the Wall Street Journal documents the pushback it has received. The specific concern is that WHO was too friendly and laudatory of the Chinese Government in its dealings with Beijing and didn’t declare a public health emergency quickly enough. Tedros Adhanom Ghebreyesus, the Ethiopian head of WHO, gushed that “China is actually setting a new standard for outbreak response”.

The Journal’s case is mixed, as only time will tell whether the WHO should have declared an emergency faster, right now it looks plausible. But what is certain is that the WHO is susceptible to such pressure.

Tedros, as he is widely known, downplayed his own country’s cholera epidemics when he was its health minister between 2005 and 2012. Lawrence Gostin, a public health expert at Georgetown University, says that some of the cover-ups in 2006, 2009 and 2011 occurred on Tedros’ watch, whereas Tedros says it wasn’t cholera but just “acute watery diarrhea”. But cholera was found in stool samples.

He is also comfortable dealing with authoritarian leaders, coming from an autocratic nation, and hence he knows that China was likely to follow through on claims that it would control the epidemic (such as quarantining cities with 60 million people in them). Of course, the flip-side of being able to ride roughshod over human rights is that there is no independent media to report cases and hence improve transparency.

Tedros obviously has to play the political game. He was quick to make sure that the name for the coronavirus, COVID-19, did not mention China. Previous battles over naming of outbreaks or new diseases has caused much consternation at high political levels.

Fourth, while the US is the largest donor to the WHO, it almost helps Tedros in left-wing health circles to be seen indirectly standing up to the US. The US was one of the first nations to stop travel to China, a move at odds with then-WHO policy and certainly against Beijing’s wishes.

But, having said all of this, the WHO is funded by member states and China is the second-largest donor after the US. Tedros wanted to make sure that the WHO’s sluggish response to Ebola in 2014 was not repeated this time. Furthermore, the WHO has to work by consensus and the initial meeting of its expert panel did not agree to a declaration.

All in all, China has acted better than in previous emergencies — granted, that is a low bar — and Tedros’ cajoling approach may have been the most appropriate.

Learn more: The problems that drove the coronavirus are likely to remain | The media is driving the overreaction to the coronavirus | US-China trade deal fails to address opioids