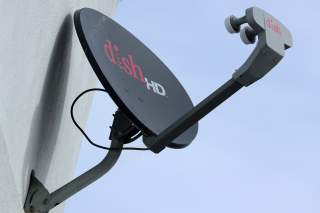 In a few days, we should have a sense of how long it will be before one of the once-most popular pay-tv companies in America will either sink into obsolescence or rebound. Because the writing on the wall is clear: Dish Network, thanks to many outside factors, can’t survive in its present state.

In many ways, I am sad to see what used to be a top competitor to cable TV slowly disintegrate. When I was in the telecommunications industry, the cable company I worked for feared Dish because of their low rates, good customer service, strong selection of foreign language programming and aggressive promotions that damaged our bottom line. At one point in the mid-2000s, the company I worked for paid us on our days off to drive around parts of the Northeast to log satellite dishes on people’s houses, with a big focus on Dish Network, in order to send them targeted offers to gain their business.

But those days, when Dish seemed like a strong contender for your pay-tv dollars, are long gone. With shifts in TV viewing habits, especially millennials who want the ease, features and low cost of streaming services, Dish seems out of place in the 2020s. Why would anyone pay for satellite or bother which such a hassle, given the number of choices viewers have for getting content these days?

Those realities are now reflecting in Dish Network’s balance sheet for sure. Dish has lost billions in revenue in the last few years because subscribers are canceling in mass and profits are flying out the door with them.

Thankfully, there may be some light at the end of the tunnel for Dish. The company owns Sling TV, and while it might be bleeding out financially on the satellite TV side, this over-the-top streaming service added over 200,000 subscribers in the third quarter of last year, bringing total subscribers at over 2.6 million. I would argue that Sling TV seems to have a bright future. It has attractive pricing, a limited—but free—DVR option and even sports channels like ESPN. Moreover, it features other higher-priced packages that won’t break the bank.

But Dish isn’t stopping there. The company has plans to get into the 5G world and the cell phone business in a big way—thanks to T-Mobile’s takeover of Sprint. As part of this mega-merger deal, Dish would take over Boost Mobile, Sprint’s prepaid cellular service and build out a 5G network. Over the last few years, Dish has spent billions on buying up spectrum, but so far, has done nothing with it. That could change, and quite soon.

Can Dish transform itself into a twenty-first-century telecommunications giant? I would argue the foundation is there, but the big question that hangs over the company is what to do with its struggling satellite business. With AT&T also bleeding DirecTV satellite customers to the tune of millions, this is the question that Dish must answer. Can Dish swap over customers to streaming services like Sling TV, pull in strong profits and also retain them? That answer, surely, will decide its fate.