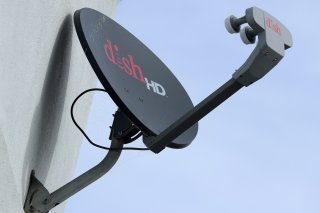 Dish Network, one of the last companies in the pay-TV space to release its earnings for the fourth quarter of 2021, said Thursday that it lost another 273,000 net pay-TV subscribers in that quarter.

That compares to 133,000 lost in the same period in 2020. The company now has 10.71 million pay-TV subscribers, including 8.22 million to the core Dish TV service and another 2.49 million to Sling TV. The Streamable said that Sling TV lost about 70,000 subscribers between the third and fourth quarters of last year. The company raised prices for new Sling subscribers at the start of January, but that was after the end of the fourth quarter.

Overall, the company reported $4.45 billion in revenue for the quarter, down from $4.56 billion the same quarter the year before. The company also reported a profit of $552 million, compared to $733 million in the fourth quarter of 2020.

According to Marketwatch, the company matched analysts' consensus with its revenue performance in the quarter.

The New York Post reported in January that Dish Network and DIRECTV were again in merger talks. The two companies have come close to merging more than once in the past, and Dish's chairman Charlie Ergen has called such a combination “inevitable.” When AT&T was attempting to spin off DIRECTV in 2020 and 2021, Dish Network was not seriously involved with the bidding in part because the Trump administration made it clear that such a combination would have trouble earning regulatory approval.

DIRECTV was eventually spun off to a separate company in which AT&T still holds a controlling stake. TPG Capital, which controls the rest of the company, is said to be pushing the merger, the Post said.

However, per the Post report, the sides are now less concerned about the antitrust aspect, with a different administration in power and advances in 5G technology making it less worrisome that a single company would hold monopoly power over broadband in rural areas.

“They’re coming together because it makes all the sense in the world,” a source "close to the deal” told the Post back in January. “Both are decaying, dying channels — you can’t argue there is an antitrust issue.”

DIRECTV, now that it is an independent company, no longer releases quarterly subscriber figures. The Post reported its subscriber count at just over 15 million as of the end of last year.