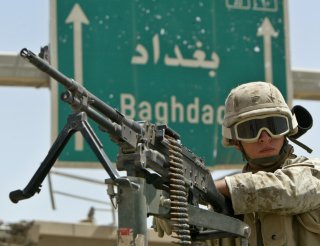 As we near the twenty-year anniversary of the terrorist attacks of September 11, 2001, even as the sad events and August 26 truck-bombing tragedy in Afghanistan dominate much of the news, it is a good moment to remember what has gone right in the so-called war on terror these last two decades—and to thank those Americans and allies who have protected us.

Clearly, we have had numerous failures, beyond the recent massacre in Kabul. With regard to improving stability in the Middle East and reducing worldwide levels of terrorism, the so-called global war on terror has largely failed. Terrorism has endured in the broader Middle East, North Africa, and South Asia regions; today the number of attacks, and victims, worldwide are three to five times higher annually than in 2001. Radical clerics recruit terrorists far faster than Washington can capture, kill, or deter them, and political conditions across the Middle East and North Africa remain violent and unstable. The Arab Spring in 2011 yielded more repression and jihadism than democracy and stability. Of course, this assessment must vary from country to country, but any fair reading of the evidence today must conclude on a somber note.

The human and financial toll of the struggle against extremism and terrorism also has exceeded what its architects imagined. The price of the combined campaigns in Iraq and Afghanistan totals $2 trillion in direct costs, but perhaps closer to $4 trillion once the inevitable (largely future) costs of caring for war veterans and their survivors, as well as other indirect costs, are included as well. More than 7,000 Americans have died in the two countries. Hundreds of thousands of Iraqis and Afghans died too, though it is hard to know, of course, what would have happened absent the U.S.-led interventions. And we will soon find out what the future of Afghanistan will be like under Taliban rule 2.0.

However, to date what George W. Bush called the global war on terror has succeeded remarkably, if provisionally, in its single most important goal from an American national security perspective: protecting the homeland, and Americans therein, from attack. This accomplishment has become internalized in our consciousness, almost mundane in our thoughts. But it is remarkable. As the twenty-year anniversary of 9/11 nears, we should take a moment to ponder it.

Only about 100 Americans have died in Salafist attacks in the United States since 9/11—that is, attacks inspired or conducted by Al Qaeda, ISIS, and related organizations that preach a perverted and inauthentic version of Islam that advocates death to “infidels” with the strategic purpose of driving the United States out of the broader Middle East so that extremists will have a greater chance of seizing powers.

That number of fatalities is 100 too many, of course. But it is far fewer than might have been expected on September 12, 2001, for example. Indeed, in the months after 9/11, American intelligence worried about Al Qaeda gaining access to weapons of mass destruction (WMD) and using them on U.S. soil. In the next few years, between 2002 and 2005, devastating attacks killed hundreds from Bali to Spain to London. And of course, violence in the broader Middle East itself continued to increase, skyrocketing in Iraq in particular.

But things became calmer in America. After a fall of anthrax attacks, other WMD anxieties, an attempted “shoe bombing” on an airline in U.S. skies, and National Guard personnel posted at iconic sites and airports and other key transportation nodes around the country, things started to settle down for the most part. The nation has generally been safe.

Military and intelligence operations abroad have been a big part of the reason why. Domestic policy has played a role too as advancing technology, police work, the Transportation Security Agency, the Department of Homeland Security, and improved intelligence have made the United States a far more challenging target for foreign attackers. Additionally, U.S. troops have successfully hunted down countless leaders of extremist organizations. That will become harder now in and around Afghanistan. But we are also much better at it than before.

Yes, there have been many tragedies, especially between 2009 and 2017—the November 5, 2009, Fort Hood shooting in which thirteen died, the December 2, 2015, San Bernardino shootings that claimed fourteen lives, the horrible June 12, 2016, Orlando night club massacre in which forty-nine perished, the October 31, 2017, New York killings in which a truck mowed down eight innocents. There were other deaths from “Salafist” or jihadi attacks linked to Al Qaeda or ISIS too, mostly in that same period, in Little Rock, Oklahoma, Chattanooga, Pensacola, Philadelphia, and Boston. There were other attempts, as at Times Square in 2010, as well as the attempted printer-cartridge bombings of 2010 and the “underwear bomber” the year before. But by any reasonable comparison—with the death toll of 9/11 itself, with the casualties from other sources of violence here at home, with what might have been—the last two decades have seen only a very limited level of Salafist and Salafist-inspired violence on American soil.

In some cases, perhaps, the United States was just as lucky after 9/11 as it had been unlucky on that fateful day two decades ago. But for the most part, we have been protected, not lucky—and for that, it is worth thanking all those who have contributed and given and sacrificed so much, including those who just gave their lives in Afghanistan. It is also important, as we consider future policy options against violent extremism, to count our blessings and work hard to preserve and extend them. The last twenty years have been frustrating and costly and inconclusive in many ways. But they have not been a failure.

Michael O’Hanlon is a senior fellow at the Brookings Institution and author of The Art of War in an Age of Peace: U.S. Grand Strategy and Resolute Restraint.

Lily Windholz is an intern at the Brookings Institution.