Do the Super-Rich Have Different Personalities Than the Rest of Us? 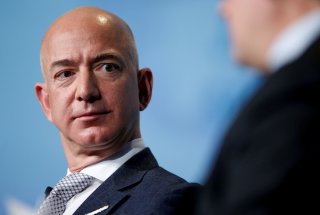 A group of scientists recently published the first-ever study analyzing the personality traits of millionaires, revealing a clear distinction between self-made millionaires on the one hand and inheritors and the average population on the other.

The researchers compared a sample of the total German population using 1,125 Germans with at least €1 million in individual net wealth. Only the United States, China, and Japan have more millionaires than Germany. Within the group of millionaires, a distinction was made between self-made millionaires who acquired most of their wealth through their own efforts—for instance, entrepreneurial activities, self-employment, or investments—and inheritors. All of the study’s respondents completed a short Big Five personality trait test, which measures the following personality traits:

Conscientiousness: how determined, organized, punctual, persistent, and goal-oriented a person is.

Neuroticism: a person’s psychological stability—how anxious, insecure, or neurotic they are.

Agreeableness: how agreeable or conflict-oriented a person is.

Extraversion: how outgoing a person is.

In addition, the risk tolerance of individual respondents was also measured.

The key finding of the study was that “high wealth was associated with higher Risk tolerance, Emotional Stability, Openness, Extraversion, and Conscientiousness.” The authors added that “this ‘rich’ personality profile was more prominent among individuals who had accumulated wealth through their own efforts (‘self-mades’) than among individuals who had been born into wealth (‘inheritors’).”

The study showed that the wealthier the “self-made” individuals were, the more closely they resembled the “prototypical personality profile of the rich.” The researchers concluded that personality may be a key “driving force” in the building of wealth rather than a “consequence” of it, adding that “the unique personality of millionaires is driven by individuals with a self-made personality having a higher chance of becoming rich.”

The results of this latest study are consistent with those of my dissertation on the psychology of the super-rich. For my qualitative study, I conducted in-depth interviews with forty-five super-rich individuals who also completed a detailed version of the Big Five personality test.

However, my interviewees were significantly richer than the 1,125 respondents in the recent study. The “poorest” person in my study had assets worth at least €10 million, and most participants had net assets worth between €30 million and €1billion. In the new study, by contrast, the interviewees had an average net worth of only €4 million, and most of them belonged to the group best described as “millionaires next door.”

Nevertheless, the results of the two studies are similar: the rich are characterized by a higher degree of conscientiousness, openness to new experiences, willingness to take risks, extraversion, and psychological stability.

There are many reasons why some people succeed in becoming rich while others do not, but the specific combination of personality traits identified by the two studies is certainly one key factor. Rich people get rich because they act differently. And they act differently because they think, make decisions, and react differently. The American writer F. Scott Fitzgerald is often quoted as saying, “The rich are different from you and me.” And Ernest Hemingway, it is said, replied: “Yes, they have more money.” In his short story The Rich Boy, Fitzgerald claimed that rich people not only have more money, but also a different personality. Scientific studies have now confirmed this.

Rainer Zitelmann is the author of the book The Wealth Elite.