Do We Truly Understand the Hell That Is Cyberbullying? 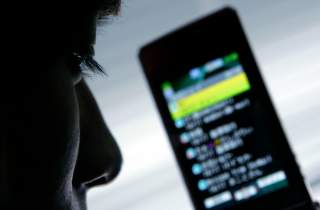 There are growing fears about the rise of cyberbullying and its impact on children. Unlike traditional face-to-face bullying, a bully can conceal their identity online and target their victims constantly without the limits of location or time.

A lack of reporting of cyberbullying and its low visibility when compared to face-to-face bullying make it difficult to gauge its true extent and impact. However, investigating rates of cyberbullying is extremely complex.

However, it is difficult to truly assess how widespread cyberbullying is. It has been shown that children report cyberbullying less due to fear of consequences. Children’s worries include that telling someone about cyberbullying will make the situation worse or lead to the confiscation of their electronic devices. They are also concerned about not knowing what the repercussions of reporting cyberbullying might be.

This research may qualify the findings of a recent Ofcom report, which suggests that cyberbullying is not more of a widespread problem than real-life bullying. The report found that older children aged 12-15 are just as likely to experience “real life” bullying as bullying on social media. Younger children aged eight to 11 were found to be more likely to experience traditional bullying (14%) than online bullying (8%).

These findings run counter to the perceptions of teachers and children. Bullying is also more visible in the physical world and more likely to be noticed by teachers in the school environment. Teachers are less likely to notice and identify cyberbullying.

The role of bystanders who get involved has been shown to be crucial in stopping bullying. Here, too, there are differences between online and offline cases. Children report that bystanders are more likely to get involved to stop traditional bullying than for cyberbullying incidents. They considered the reason to be the physical presence of authority figures in the real world.

Social psychological research suggests the presence of other onlookers tends to reduce a person’s willingness to intervene in a positive way: “there’s no need for me to help since someone else will.” This is known as the “diffusion of responsibility”. This theory suggests that people are less likely to intervene in online bullying because of the potential greater number of virtual onlookers. The case of Canadian 14-year-old Carson Crimeni, whose death was broadcast on the internet, is a tragic example.

On the other hand, the online environment provides increased anonymity and autonomy to young people. My research suggests that children themselves are more likely to intervene in cyberbullying than traditional bullying. This research also found that children intervene in online bullying more when the incident is severe, suggesting that “diffusion of responsibility” may also be influenced by how serious the incident is perceived to be.

Despite widespread concern about cyberbullying, children lack knowledge of how to stay safe online – for instance by not giving out personal information or by using blocking and reporting tools. For example, in my recent study conducted in the UK, children were found to be complacent about this issue. Children think they know how to stay safe online, but struggled to actually articulate ways to do this. This might leave some children vulnerable and make risks more likely to lead to harm.

Teachers may also lack the skills to deal with cyberbullying. My research has found that many recognise it to be a problem and feel they have a responsibility to address it and educate young people about appropriate online behaviour, but fewer felt confident about how to address the issue.

The NSPCC, Anti-Bullying Alliance, and Diana Award have teamed up to launch a national campaign called Stop, Speak, Support to encourage children to think critically about what they see online and speak out when necessary.

The Ofcom report found that approximately a fifth of children aged eight to 15 are bullied in some way. In order to counter the effects of bullying we need to promote intervention. Those who witness bullying as well as figures of authority such as teachers should be encouraged to take responsibility for addressing it both in “real life” and in the online world.