Does China's J-10 Fighter Have a New Problem? 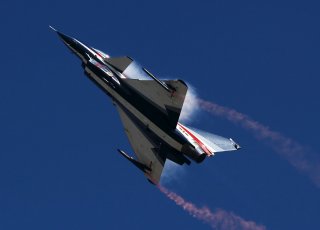 Key point: The J-10 is a decent fighter and it will stay that way. But it does risk becoming a bit out-of-date.