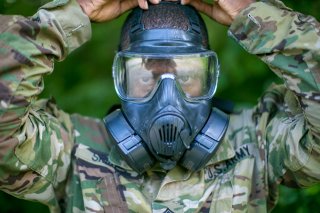 Did COVID-19 begin as a biological warfare project? No, not according to any sound evidence. But conspiracy theorists in both China and the United States have already accused the other of developing and then releasing the virus, either intentionally or accidentally. Accusations of the use of biological warfare have long outpaced actual evidence of such attacks. The Athenians, for example, blamed the Spartans for poisoning the wells and starting the great plague at the beginning of the Peloponnesian War. In reality, while people and states have tried on many occasions to wage biological warfare, they have rarely seen any kind of success. Even as the science of microbiology has advanced, the imprecision and uncontrollability of biological agents has made it difficult to find compelling strategic logics for their use.

For nearly as long as people have understood that proximity affects the spread of disease, they have appreciated the implications for warfare. This has included forcing victims of plague to travel into enemy lands, as well as throwing dead bodies and other contaminants into enemy strongholds (a trick the Mongols used with some regularity). Evidence that such attacks have been attempted is plentiful, evidence of success rather less so.

The evidence that European settlers intentionally used smallpox to attack native American populations is limited to very few instances, and evidence that such attacks worked is even more limited. British troops at Fort Pitt apparently did transfer blankets from smallpox infected beds to besieging Indians during Pontiac’s War, although there is little indication that the effort had much success. Some reports suggest that the British tried again against Aboriginals in Australia a couple of decades later. However, European settlers across America undoubtedly exploited the impact of disease on native American populations, most notably in Mexico (where smallpox helped facilitate the conquests of Cortez) and North America (where smallpox and other diseases depopulated the countryside, leaving vast territories open for European exploitation).

The dawn of industrial warfare opened more opportunities for the innovative use of biological weapons. Germany attempted to infect U.S. livestock herds with anthrax during the First World War, with little apparent success. During World War II, most of the major powers developed biological warfare programs, although only Japan and possibly the Soviet Union used biological weapons extensively. Japan confined its use mostly to the Chinese front, unleashing attacks of bubonic plague and cholera against civilians and soldiers alike. These attacks undoubtedly killed many Chinese, although some Japanese soldiers suffered as well. Some of the effects persisted postwar, as recurrent outbreaks of cholera continued in China even after the surrender of Japan.

On the Eastern Front, some have alleged that the Soviet Union weaponized tularemia for use against invading German forces in 1942. The effects of the disease helped sap the strength of the German summer offensive, especially on the southern portion of the front near Stalingrad. However, evidence that the undoubtedly brutal outbreak stemmed from an intentional attack remains weak.

After the war, the Soviet Union and the United States both established significant biological weapons programs, often building upon the work of their defeated foes. In both countries, accidents and tests inflicted casualties on civilian populations, although general outbreaks were prevented. There is little compelling evidence that either the United States or the USSR used biological weapons in any widespread manner against a foreign opponent during the Cold War, although Cuba periodically accused the United States of using a variety of biologics to decrease crop yields.

Non-state actors have had some luck with biologics. Agents of the Rajneeshee religious cult attempted to spread salmonella in public salad bars in Oregon in the 1980s, although not with much success. The Aum Shinrikyo cult attempted to spread anthrax in Tokyo in the 1990s, but grew frustrated at the lack of success and eventually turned to chemical weapons. In the aftermath of 9/11, anthrax attacks delivered by mail killed a handful of people in the United States.

The most obvious risk of using a contagion as a weapon is that it will redound upon the user. In the most well-known fictional description of a pandemic resulting from an advanced biological weapon, Stephen King’s The Stand, superflu results from the accidental release of the contagion from a bioweapon facility. In many of the cases above, attacks were launched by an attacker already suffering from a disease in order to ensure that both sides felt the effects.

The success of a biologic attack depends to a great extent on the ability of the weapon to discriminate, and it has proven very difficult to create agents which can discriminate between friend and foe. Biologics work best in conditions when one force has natural immunity (Cortez vs. the Aztecs, for example) or when operational factors result in a tacit advantage for one side or the other (illness on eve of a major offensive favors the defender, for example, or attacks against besieged defenders who can’t avoid close contact with one another). But the effects of biological agents tend to persist longer than the operational conditions that justified their use, and they tend to spread beyond what the attacker has envisaged.

Alternatively, a biological attack could result in advantage if the political and economic system of the defenders is less capable of weathering the pandemic than that of the attacker. The attacker could reason, for example, that its own systems of crisis management were more resilient than that of the defender, or that the specifics of the disease would (because of differences in lifestyle and culture) have a more disruptive effect on the defender than the attacker. Similarly, differences in dietary habits could make biological attacks against certain kinds of livestock or other agricultural commodities more devastating to the defender than to the attacker. However, given unpredictability in how resilient political systems will prove to resist an attack, launching a general pandemic in the hopes of suffering relatively less than a foe is incredibly risky as a public policy, not to mention howlingly immoral and utterly illegal under existing international conventions.

For most of human history disease has killed more people than violence, even during pitched conflict. Unsurprisingly, perhaps, people have been terrified of the use of disease as a weapon, have often tried to weaponize disease, and have often blamed the ravages of plague upon their enemies. However, the record of success of biological warfare is somewhat less than impressive, and the very horror of the idea has inspired revulsion in international society as a whole. While it is possible that states or terrorist groups will find an effective way to mobilize biological agents for warfare in the future, the decisive effect of such weapons remains speculative.