Does Russia Have a Key Advantage Over America in a Ground War? 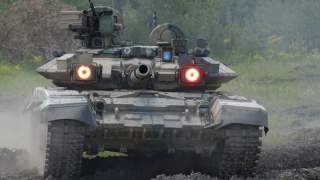